However, absolutely no argument on whether he is the greatest of the Premier League era.

With other positions there is always room for debate BUT when it comes to strikers, it is a case of putting your goals on the table.

Alan Shearer is without equal.

As you can see, the top 20 Premier League goalscorers includes 17 who have already retired.

Only two of the top twenty are still playing Premier League football and only one is any kind of threat to Alan Shearer.

That is Harry Kane.

He is now 29 and 77 goals behind. He is a very decent forward but not in the same class as Alan Shearer.

The day Alan Shearer signed for Newcastle for a world record transfer fee of £15M 😱
Over 15,000 fans gathered to welcome @alanshearer to the club 👏 https://t.co/2HH60lxLKk 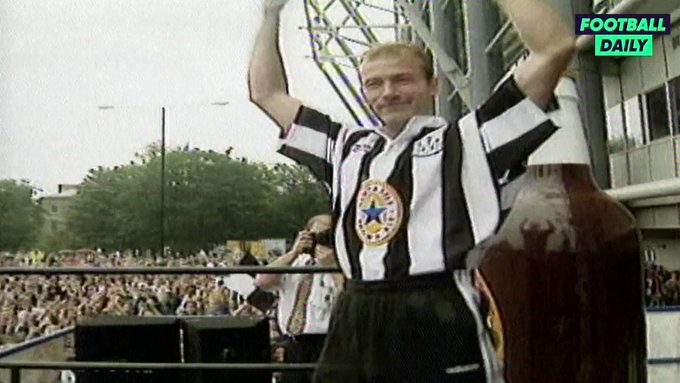 However, there really is only one Alan Shearer and the stats are a bit false anyway, because whilst Shearer is still 77 goals ahead of Harry Kane, it is effectively really 100, as 23 top tier goals that Shearer scored before the rebranding of the English top league, don’t count as ‘Premier League’ goals when it comes to the PL record.

Frenkie De Jong to Chelsea- A peculiar transfer saga
‘Klopp didn’t want him back’ – Chelsea sent warning over Aubameyang chase
Southampton away in 1986 – How it was, when it was
Chelsea face winger exodus to Man United and Newcastle, while Rabiot deal is bad news
East Fife wish Jude Smith well after joining Newcastle United for ‘undisclosed fee’
Lingard can kickstart Nottingham Forest career and continue bizarre record vs West Ham