The presidential candidate of the All Progressives Congress (APC), Bola Tinubu, on Sunday visited the home of the Senator representing Abia North Senatorial District, Orji Uzor Kalu to meet with his mother, Eunice Uzor Kalu.

Tinubu was in company of the Speaker of the House of Representatives, Femi Gbajabiamila, during the visit.

A leader of the APC and former Aviation Minister, Femi Fani-Kayode, confirmed this on Sunday.

Though Fani-Kayode did not state the reason for the meeting, there are speculations that this may be connected with Tinubu’s 2023 presidential ambition and the need to build a support base in the South East.

“APC presidential candidate and by God’s grace the next President of the Federal Republic of Nigeria, Asiwaju Bola Ahmed Tinubu, paid a courtesy call to Elder(Mrs) Eunice Uzor Kalu (Odiukonamba), the mother of my friend and brother Senator Orji Uzor Kalu, today. 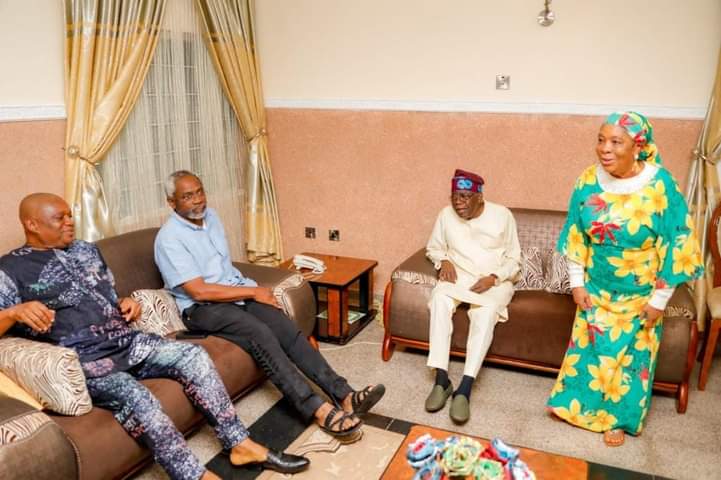 “Accompanying Asiwaju was the Speaker of the Federal House of Representatives, Rt. Hon. Femi Gbajabiamila and others. BAT is on the move!” Fani-Kayode posted on social media.

Reacting, one Mr Jude Jaspar Ume said Mrs Kalu has no clout to influence who Abia people would vote for in 2023, Abia is for Peter Obi of the Labour Party.

“The woman, Madam Kalu, as far as I am concerned, has no federal political clout to determine or detect the power equation of Abia state in terms of choice of candidates to vote in federal level in 2023.

Also Read  Osun: Adeleke yet to receive Certificate of Return from INEC – Davido 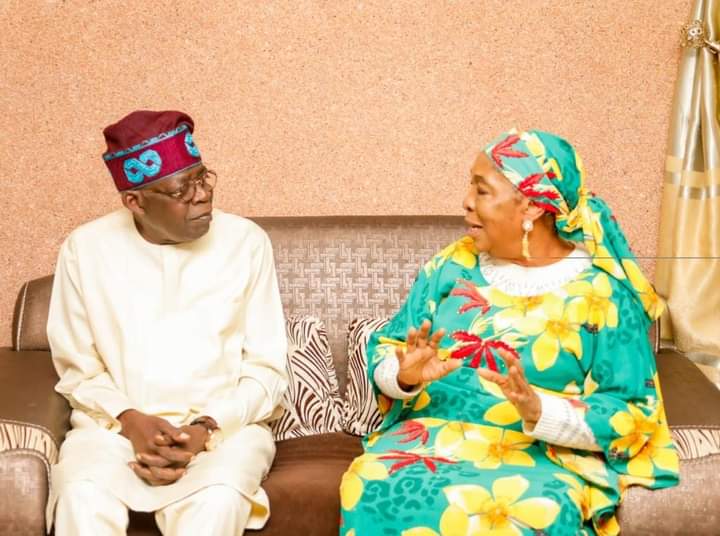 “I would say without any contradiction of equivocation, Abia state is fully Obidient and Obicentric YUS-ful to themselves as who rightful person to vote in 2023.

“Tinunbu has right to visit who so he wishes to visit in Abia state to solicit for vote, so also Abia people equally has their own right to choose the rightful person to vote in 2023.”