With its cobbled streets, sandy beaches and of course a connection to Captain Cook and Bram Stoker’s Dracula, it’s hardly surprising that tourism is the lifeblood of Whitby.

But many believe the tourist takeover of this former fishing port has gone too far and rebellious residents have had enough.

Locals say the town is being overrun with second home owners and holiday lets which are driving up property prices and leaving most unable to afford to buy or rent homes in the area. Among them is Gillian Watmugh. 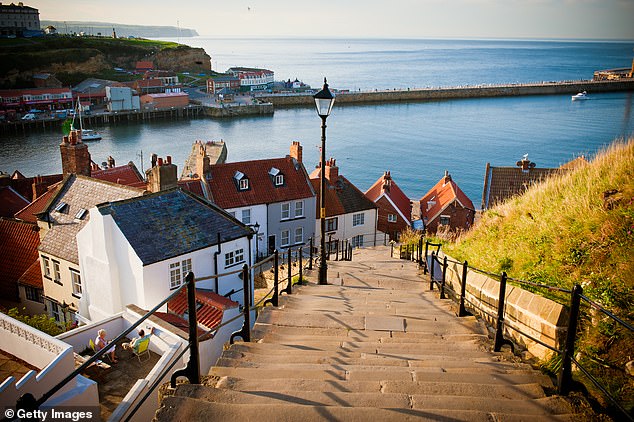 Holiday hotspot: Locals in the former fishing port of Whitby have voted to crack down on second home owners and holiday lets

The 53-year-old says: ‘On my street alone there are at least 17 second holiday homes — about half of the 40 houses on the street. House prices are sky-high. My daughter was born and bred in Whitby.

She works in a hospital as a healthcare assistant and has had to go to Middlesbrough to buy a house.’

Around 20 per cent of homes in Whitby are holiday lets or second homes, a study of council records from 2021 shows.

Now residents such as Gillian have been given a voice. In a dramatic local referendum on Monday evening, residents were asked if new-builds and additional housing in Whitby Parish should be reserved for those who live there full-time.

But the tension between locals and second home owners in Whitby is not unique.

Also Read  Florida boy, 10, accused of threat to shoot up school is being held in detention center for 21 days

Nationwide, communities are being torn apart as soaring house prices drive a wedge between locals and wealthy out-of-towners.

The anger has been exacerbated by the pandemic, which saw thousands cash in on the staycation boom as holidaymakers flocked to seaside towns.

So furious are residents in the Cornish seaside village of St Agnes that one home was defaced with graffiti which read: ‘Second home owners, give something back: rent or sell your empty houses to local people at a fair price.’ 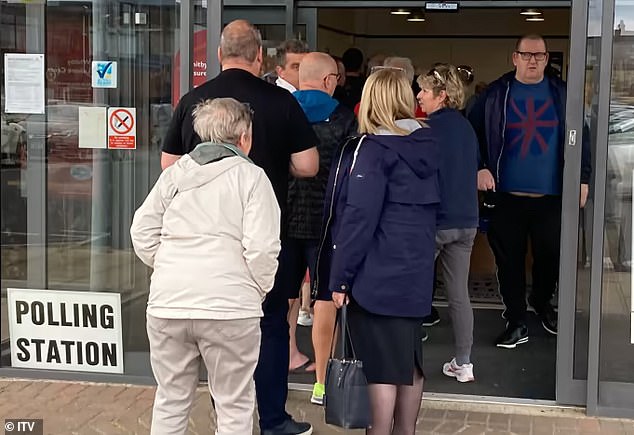 Having their say: Residents of Whitby turn out in force to cast their votes at the referendum this week

The frustration is so great in Wales that its government is slapping second home owners with a 300 per cent council tax hike from next year.

In Whitby, the overheated housing market is obvious in the windows of the town’s estate agents.

Yet the average salary for a Whitby resident is reported to be just £18,900.

As a result, many locals can no longer afford to live there — creating a recruitment crisis.

Mary-Lynn and Tim Parratt have run Pinewood House B&B for 11 years. She says: ‘We have a guesthouse and we struggle to get staff as accommodation is such an issue.’

Priced out of home towns: Up and down the country, communities are being torn apart as soaring house prices drive a wedge between locals and wealthy out-of-towners

Chris Riddolls, 65, a farmer who runs holiday cottages in the Esk Valley, says: ‘You do not just need visitors for holiday cottages, you need cleaners and part-time workers to work for the business.

‘Cafes and other businesses are closing or opening with reduced hours because they cannot get the staff as they can no longer afford to live here.’

But is banning second home owners from buying new-builds the answer to Whitby’s problems? Local councillor Alf Abbott seems to think so.

He says: ‘We need affordable homes to create employment for businesses. When a new housing estate has gone up, 90 per cent have gone as second homes.’

However, there is limited evidence that the scheme will work.

In 2016, St Ives in Cornwall introduced a very similar initiative. But a study by the London School of Economics found that the ban had intensified competition for existing housing and pushed out local construction as it was not as lucrative to build there. The same could happen in Whitby.

The problem is also complicated as local Scarborough Borough Council, which has already agreed to adopt a primary residence scheme, is being replaced by North Yorkshire Council next year.

It means that any plans introduced may be too late to affect Abbey View, a 233-home development in the area by Barratt and David Wilson Homes, as it has already got planning consent.

Amid the uncertainty, one thing is for sure: residents want action.

Jan Mitchell, 60, says: ‘Whitby used to be lovely but there is just too much tourism now. You can’t park anywhere. Every Friday and Saturday night we are getting trouble from people staying in these holiday cottages.’

Ian Gray, also 60, adds: ‘I am surrounded on all sides by holiday homes. My road is called Fishburn Park but they should change the name to Fishburn Holiday Park.

‘The people who come are just ignorant. They seem to think they can just do what they want.’

But David Haycox, managing director of Shoreline Cottages, which lets out holiday homes in Whitby, said with the town so dependent on tourism it was ‘a bit fatuous to say ‘go away tourists’.

Criticism of the tourist trade was ‘a little bit unfair’, he said.

‘It brings in a huge amount of work to the town and is extremely important and would be highly missed if it wasn’t there.’