Charities say that more women and children may attempt to cross the Channel this summer – after people smugglers told them that only young men will be deported to Rwanda.

Record numbers of children are making the journey across the English Channel on small boats according to recent figures.

Around 150 to 200 have now been rescued in the Channel today but windy conditions is expected to prevent further crossings.

Pierre Roques, a manager at the L’Auberge des Migrants charity, told the Telegraph that warmer weather and calmer seas were behind the surge.

He told The Telegraph: ‘Given the period of the year we’re entering with the nicer weather, there are a lot more people arriving in the camps [in Calais], so we’re, of course, going to be expecting more families to cross during this time.’

At least 900 migrants have crossed the Channel this week, taking the total this year to 11,000, double last year’s at the same point. 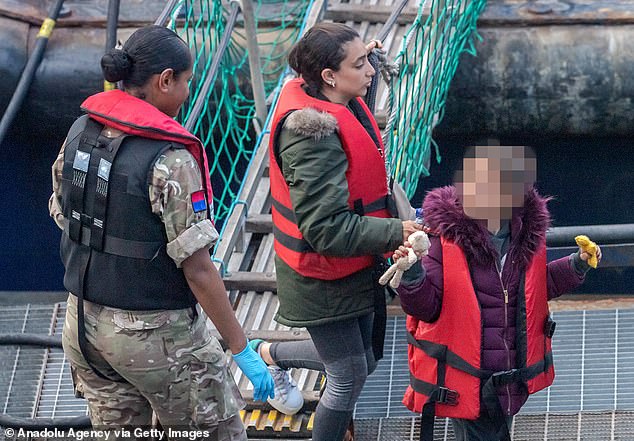 Also Read  Inside the perfect Cotswolds pub: A review of The Double Red Duke, housed in a quaint Tudor building

The fears come as Home Secretary Priti Patel is preparing to launch an advertising campaign aimed at migrants to counter narratives by people smugglers in order to deter Channel crossings.

The campaign is aiming to warn migrants in northern France and Belgium that even if they survive crossing the Channel and reach the UK, they ‘could be leaving for Rwanda’.

The adverts will run on Facebook and Instagram amd target migrants in Arabic, Kurdish, Pashto, Vietnamese and Farsi.

The Home Office has said only unaccompanied children are exempt from deportation to Rwanda.

A Home Office spokesman said: ‘Evil criminal gangs are putting profit over people by facilitating dangerous and illegal small boat crossings. We have a duty to warn people of the risks of these journeys and expose the lies sold to vulnerable people by inhumane smugglers.

‘It is essential people have accurate information when considering life-threatening attempts to cross the Channel and know there are safe alternatives. The message of the campaign is clear: do not put your life in the hands of dangerous criminals.’ 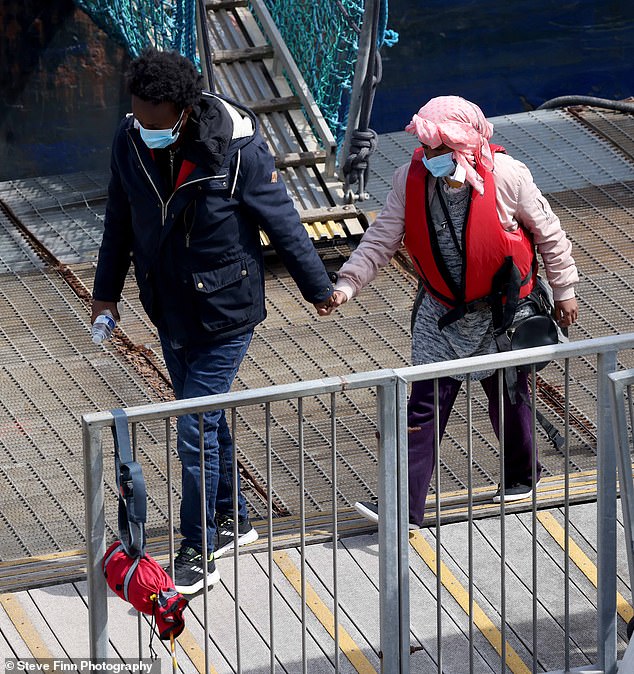 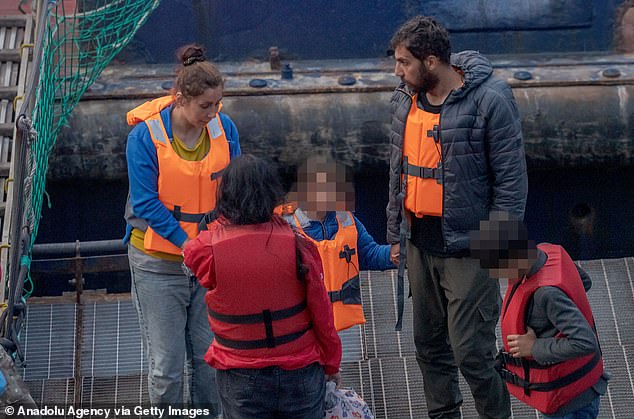 At least 900 migrants have crossed the Channel this week, taking the total this year to 11,000, double last year’s at the same point

Enver Solomon, the chief executive of the Refugee Council, said: ‘It is extremely worrying to hear that so many of those crossing the channel right now are women and children.

‘No one risks their own, or their family’s life, unless they are running from dangers more acute than those they face on these dangerous journeys. It’s time for our government to start having a grown-up conversation with France and the EU about sharing responsibility.’

An out-of-hours European Court of Human Rights judge made the dramatic intervention, informing the crew that the Boeing 767 could not take off as scheduled as the runway lights at MOD Boscombe Down, Salisbury were switched off shortly before the clock ticked down to 10.30pm. 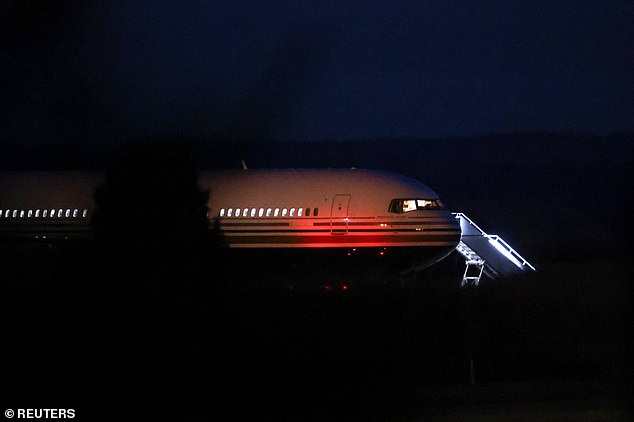 Although it was widely reported just seven migrants were due to be removed from the United Kingdom on Tuesday, defiant ministers had earlier insisted the flight would go ahead even if there is only one person on board,

But in a late twist, all asylum seekers due to be removed on the first plane to the capital of Kigali disembarked from the plane ahead of departure, meaning the flight will no longer depart as expected.

An out-of-hours judge had been reviewing the remaining cases on papers, with Home Office sources warning the first scheduled flight would not take off after days of recent challenges in British courts.

Tuesday’s drastic development sets ministers on collision course with the Strasbourg court, which is part of the Council of Europe and separate from the European Union.

The High Court is also due to hold a judicial review in July to decide on the legality of the Rwanda scheme.