DonateSubscribe
Home News Update International News Therapist, Terry Real shares his tips on how to make up after a fight with the feedback wheel
Comment


An internationally recognized relationship expert has shared his tried-and-tested method for overcoming any argument with your significant other, detailing his unique ‘feedback wheel’ technique that he says will leave both parties anger-free and happy following a fight.

Gwyneth Paltrow-approved therapist Terry Real, 72, a self-described ‘fighter’, shared his post-fight tips with the lifestyle expert’s website Goop, where he laid out a four-step method for dealing with an argument, revealing why it’s essential to share ‘feelings not thoughts’ and always put your ‘anger last’.

Real, who is the author of best-selling book Getting Past You and Me to Build a Loving Relationship, says there are four steps to follow while making up with your partner using the feedback wheel – which only applies after each person has given the other ‘space to cool off.’

In his book, Real says that there are four key factors of the feedback wheel which describe what happened during the argument, what opinions you made up about your partner as a result of the argument, how it made you feel, and what you want from your partner now.

The relationship expert – who uses the method to solve arguments with is wife – says the feedback wheel will work for any couple, noting that fights are a perfectly normal part of a relationship and don’t have to cause major issues, provided they are dealt with properly using these four steps… 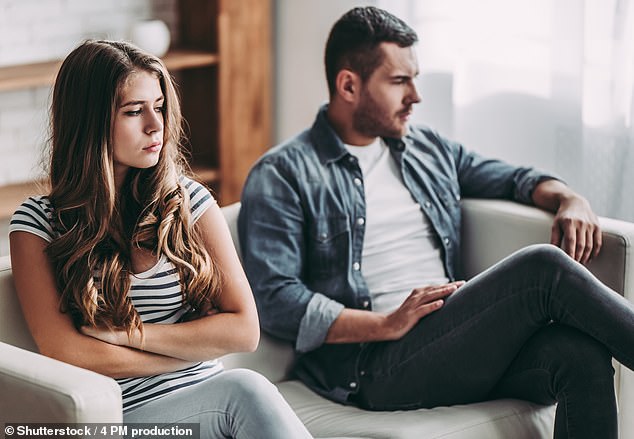 Relationship therapist Terry Real has shared a unique method to help couples overcome any fight in four steps, which he has labeled the ‘feedback wheel’

A quick guide to the four steps of the feedback wheel

STEP ONE: What happened?

The first step of the feedback wheel method requires each person to describe what they believe happened during the argument – and what caused it to erupt in the first place.

Real used an example of the kind of arguments that he and his wife, Belinda, had when their children were little – recalling a time when they got into a fight because he arrived home late for dinner.

In this kind of situation, Real said the first step of the feedback wheel might have prompted his wife to say something like: ‘Terry, you said you’d be home by six and you arrive at 6:45, no message or text, while I sat with the kids waiting for dinner.’

According to Real, the most important thing to keep in mind after an argument is that both partners are in it together and that they are working together to solve the problem, not working against each other in an attempt to win the fight.

Each step of the feedback wheel should be completed in ‘just a few sentences’, Real advises, noting that it is important to ‘be concise’.

STEP TWO: What you made up about it

The second step of the feedback wheel is to explain ‘what you made up about’ the argument.

This requires a person to explain what assumptions they made about the other person’s actions, with Real once again using the example of the argument that he had with his wife – explaining that she might have taken away from that fight that he ‘still has some narcissistic traits’ and that he ‘values his time over [hers and the kids’]’.

One key aspect of this step is for each person to try and let go of their ‘go-to emotion’ – otherwise known as their knee-jerk reaction – and instead focus on the other feelings that they felt during the argument.

To do this, one partner will need to give both themselves and the other partner feedback that evaluates their behavior.

Real explains this step ‘takes a bit of practice to execute,’ but noted that a great way to start is by trying to get in touch with the more ‘vulnerable’ emotions that you might be feeling – rather than focusing on the initial ‘powerful feelings like anger or indignation’.

‘If you are used to leading with big, powerful feelings, like anger, or indignation, soften up — reach for and lead with your vulnerability,’ Real suggests. ‘Find the hurt. Conversely, if you lead with small, timid, insecure feelings, find your power. Where is your anger, the part of you that says “Enough”?’ 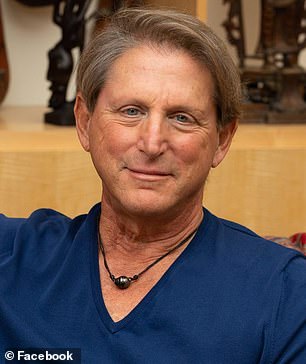 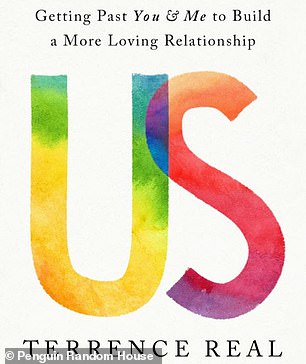 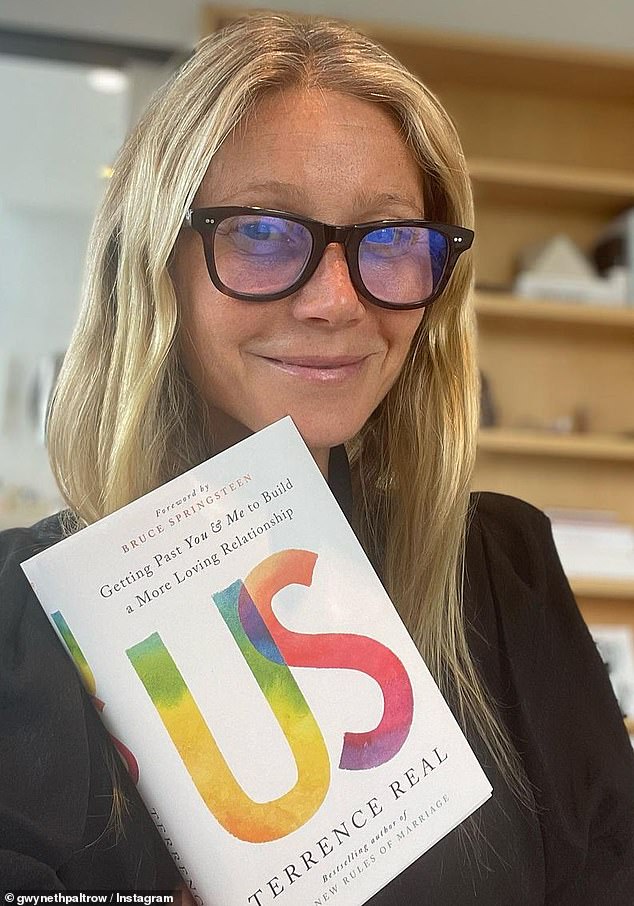 The relationship expert wants everyone to ‘find the hurt,’ during this step of the feedback wheel and ‘put anger last not first.’

This shift from anger and vulnerability will result in a sea-saw effect and will make both partners more open to fixing the problem together.

STEP THREE: How you felt about it

The third step of this process is to ‘detach from the outcome.’

Once one partner has shared how their feeling, they are finished, now they must let go of any expectations or any emotions that are holding them back from making up with them, and most importantly, give them their chance to give feedback.

During this step of the feedback wheel, they should focus on the words they are sharing, their own personal experience, rather than focusing on what the outcome or result may be.

Real point out that partners need to hold themselves accountable to their mistakes while listening to what their partner is saying.

When couples get caught up in an argument, it’s easy for them to loose sight of what their saying, forgetting that they may be hurting the one they love.

To avoid this think about what ‘you need to give this person to make them feel better.’

A great way to do this is by listening and then reflecting back what you heard.

When reflecting back what you heard make sure to respond to your partner’s feedback in an empathetic manner, making sure to take accountability for any mistakes.

‘The more accountable you are, the more your partner might relax,’ says Real in his tips on how to use the feedback wheel.

When someone realizes what mistakes they’ve made, they’re less likely to repeat them in the future.

Real notes that, making excuses will not help you mend the relationship, but taking accountability will.

‘When your partner is giving you their feedback, and telling you what they want, it’s essential you think about the requests you can fulfill, rather than the ones you can’t,’ says relationship expert and best selling author.

If couples start out by telling their partner they aren’t able fulfill one of their requests, they’ll leave them feeling ‘desperate’ and ‘minimized,’ but if ‘you put some energy into what you’re willing to give, it disarms our partners, and sometimes they’re even grateful.’

To conclude the feedback wheel, partners will need to ‘let the repair happen.’

Going back and forth about what they do and don’t believe will not help to fix the fight.

‘Remember, there’s a world of difference between complaining about what you’re not getting and having the capacity to open up and receive it,’ says best-selling author Real.