Stranger Things fans have been glued to their TVs since Netflix dropped season four, but even those ready to join the Hellfire Club may be surprised to learn about the horrific true crime — and arrests — that inspired a major storyline.

The fictional town of Hawkins, Indiana, has certainly seen more than its fair share of tragic deaths, but while the demons are entirely imaginary, the details of a real set of murders in West Memphis, Arkansas, and subsequent convictions will be eerily familiar to viewers.

The story of the West Memphis Three, a group of teens who were controversially convicted of the murder of three boys in 1993, inspired the character of Eddie Munson (Joseph Quinn), the leader of the Dungeons & Dragon-themed Hellfire Club. 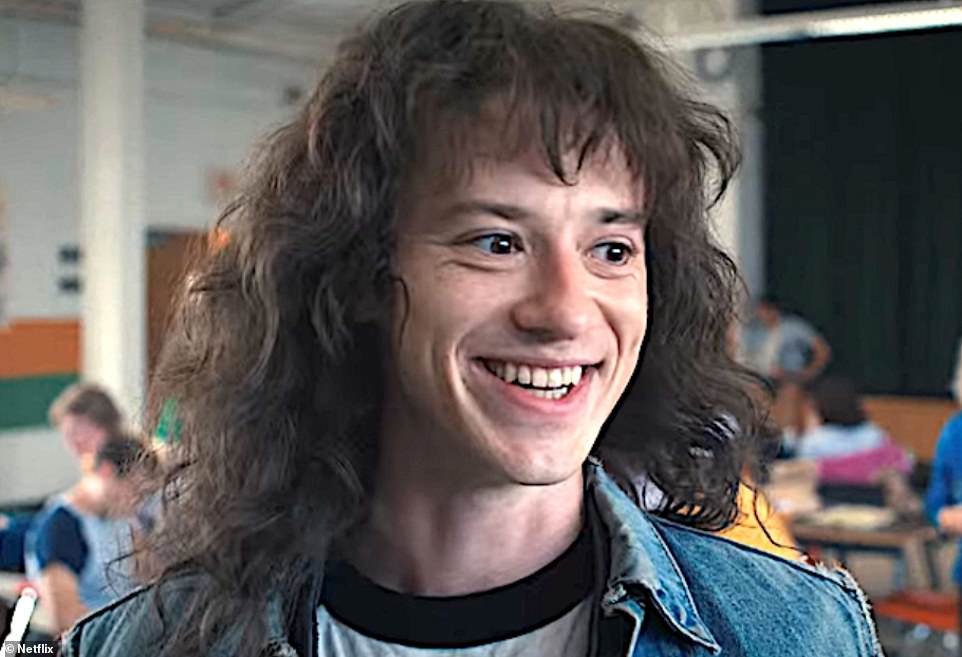 Fans were introduced to Eddie (Joseph Quinn), the leader of the Dungeons & Dragon-themed Hellfire Club, in the fourth series of the Netflix series Stranger Things 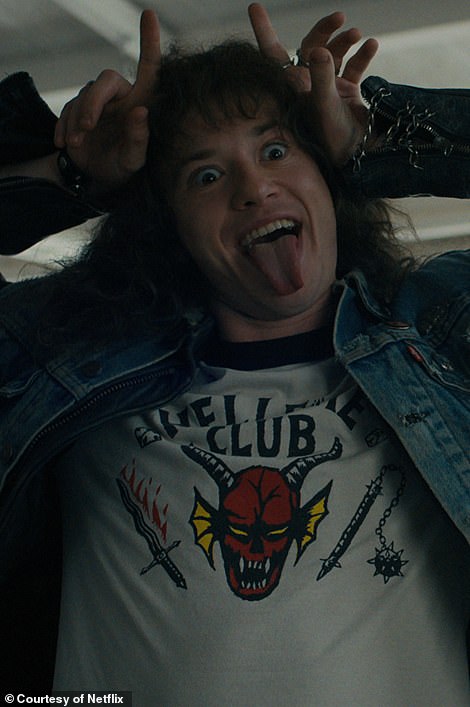 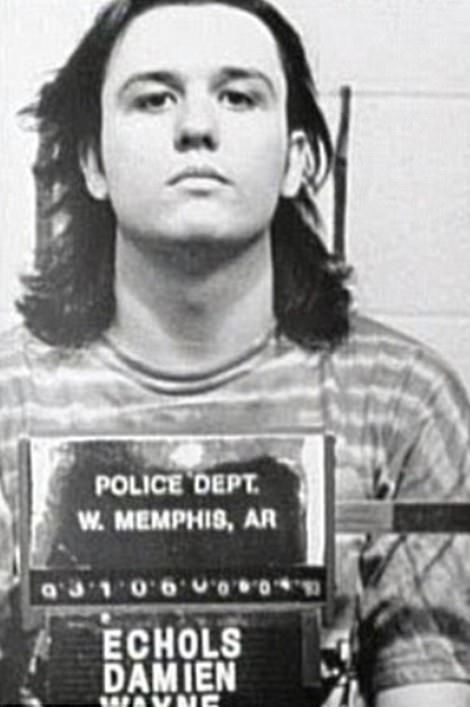 Eddie (left) and his storyline were loosely based on the portrayal of David Echols (right), a member of the West Memphis Three, in the documentary Paradise Lost

Eddie, a misunderstood metalhead and drug dealer, is labeled a ‘freak’ by the jocks at Hawkins of High School and has a particular disdain for Jason Carver (Mason Dye), the captain of the basketball team.

However, that doesn’t stop him from befriending Jason’s girlfriend, cheerleader Chrissy Cunningham (Grace Van Dien), when she asks him for drugs that will put an end to her vivid nightmares.

Eddie is accused of murdering Chrissy after she is killed by Vecna (Jamie Campbell Bower) in his trailer. Jason riles up an angry mob to track him down, convinced that he is the leader of a satanic cult.

The plotline is a nod to the real-life ‘satanic panic’ that gripped the nation in the 1980s and 1990s amid conspiracy theories that devil-worshiping cults were committing ritualistic child abuse and murder. 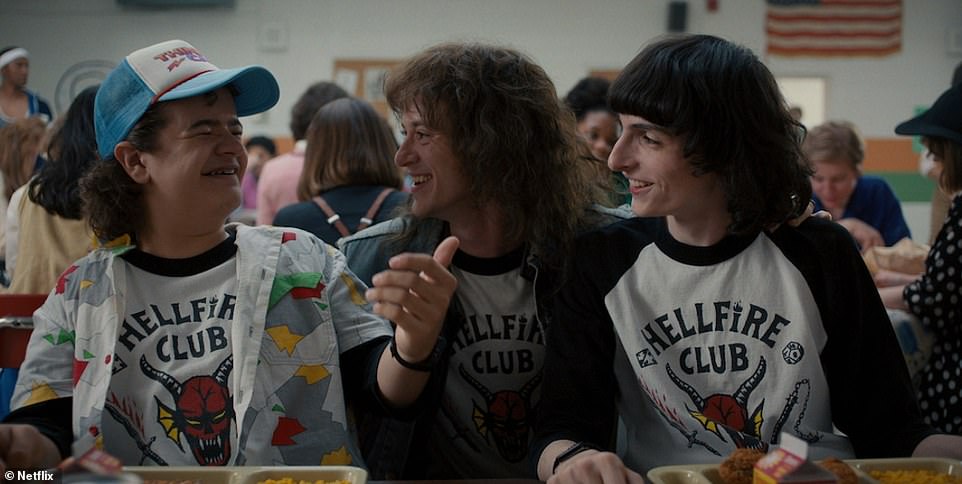 Eddie, a misunderstood metalhead and drug dealer, is falsely accused of murdering popular cheerleader Chrissy Cunningham and being the leader of a satanic cult

Eddie’s fate remains unknown until the second volume of the season is released on July 1, but his story as an outcast targeted for a crime was inspired by true events.

Netflix Geeked confirmed that the character is loosely based on David Echols, a key member of the West Memphis Three, whose case was examined in the true-crime documentary trilogy Paradise Lost.

In 1993, three eight-year-old boys — Michael Moore, Steven Branch, and Christopher Byers — were found mutilated and tied up with their shoelaces in a creek in West Memphis.

Law enforcement was convinced the murders were performed by a satanic cult and immediately honed in on 18-year-old Echols, who dabbled in Wicca, had long hair, read Stephen King books, and liked heavy metal.

The high school dropout was already known to the police after having been arrested for shoplifting and burglary in the past. He also had a history of mental health issues, including depression. 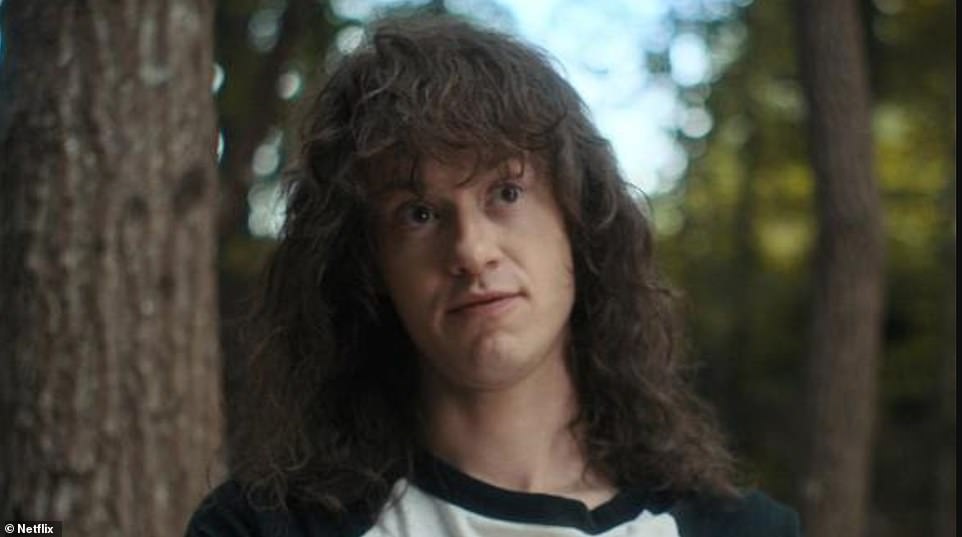 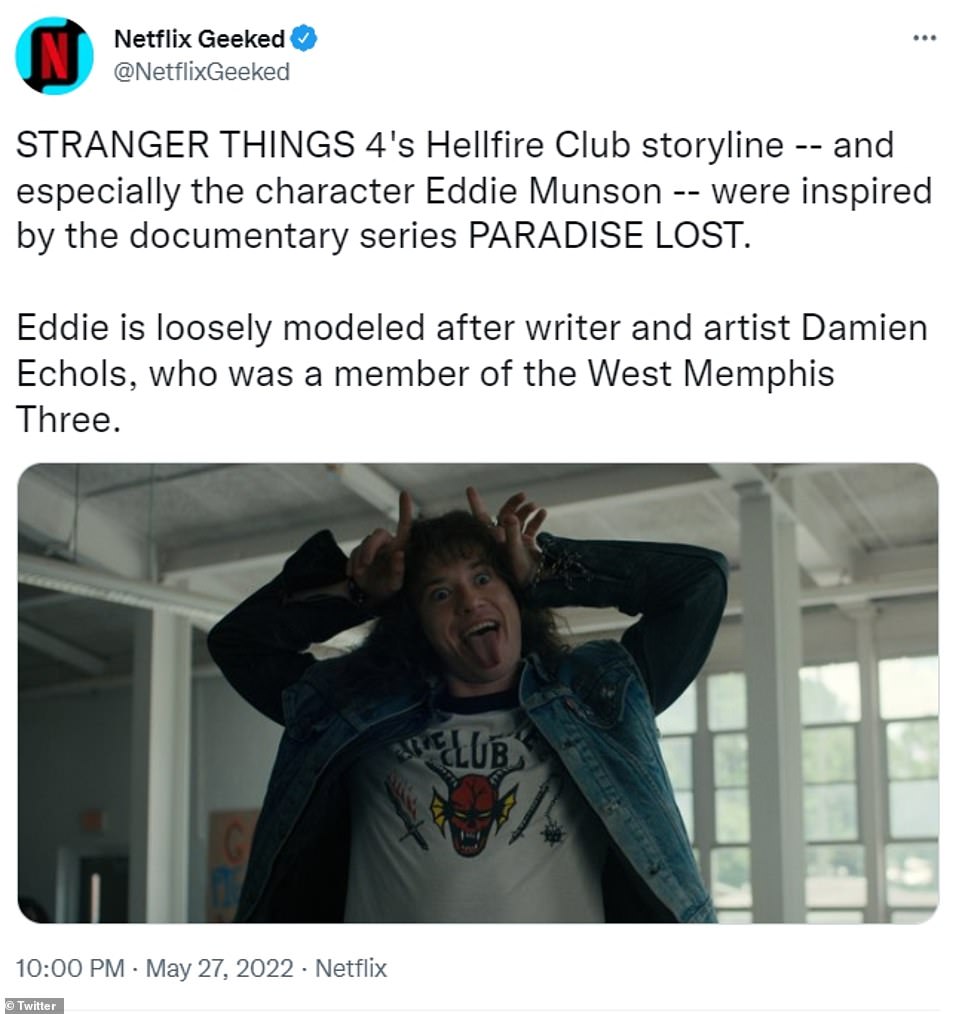 Netflix Geeked confirmed that the character is loosely based on Echols, who was convicted of killing three eight-year-old boys as a teen

Echols denied having any involvement in the murders during his interrogation.

However, he and his friend Jason Baldwin, 17, were arrested after police questioned their mutual acquittance Jessie Misskelley, 16, who claimed he was with them when they committed the murders but did not participate.

Misskelley, who had an IQ of only 72, was interrogated for 12 hours without counsel despite being underage. His early statements had a number of discrepancies, including a false claim that the boys had been sexually assaulted.

The teens didn’t have any connection to the boys, and there wasn’t any physical evidence that tied them to the crime scene. 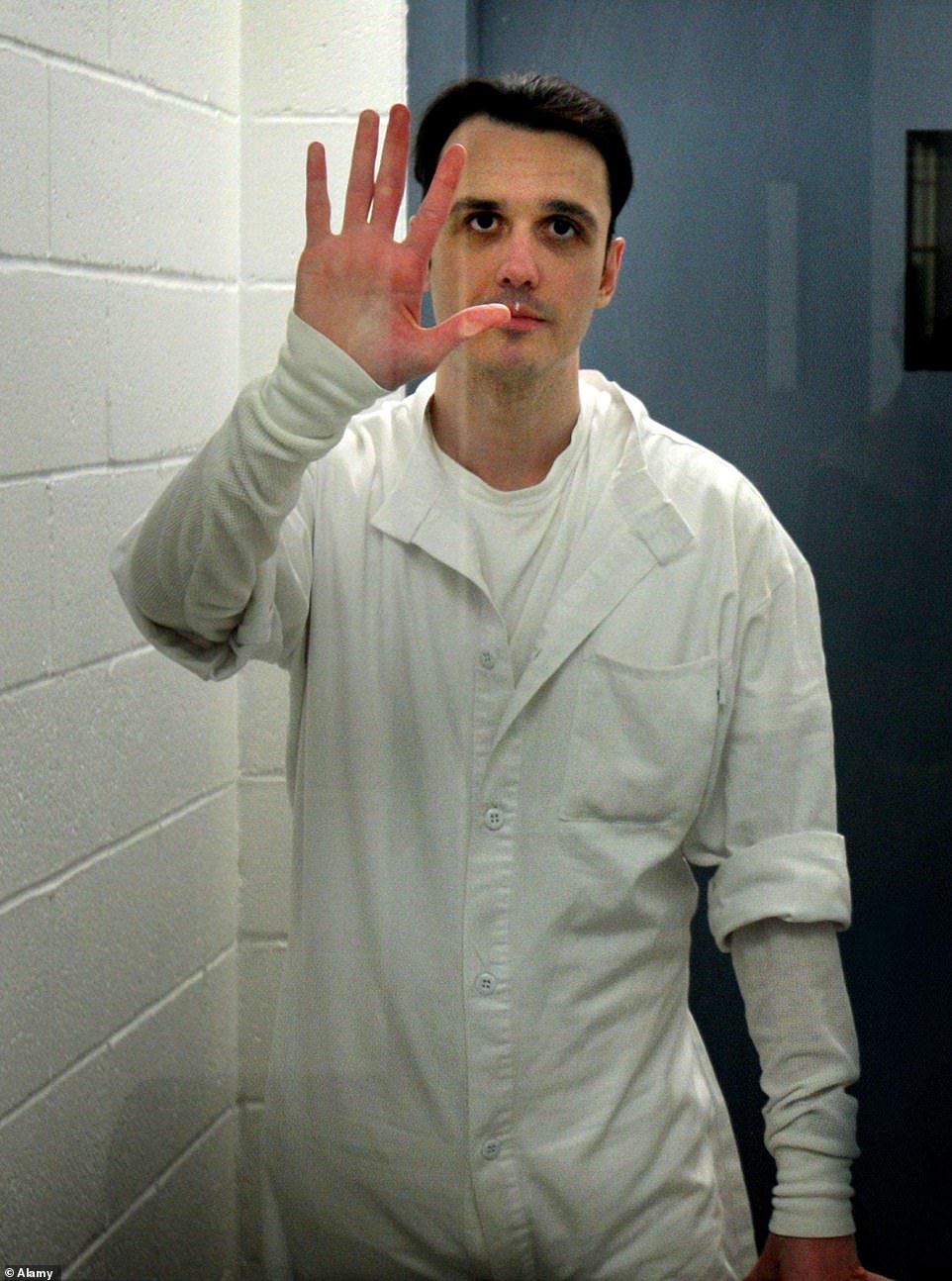 In 1994, Baldwin and Misskelley were sentenced to life in prison while Echols (pictured) was given the death sentence as their perceived ringleader

Echols, Baldwin, and Misskelley were branded the West Memphis Three, a name that lives on nearly three decades later, as they continue to claim their innocence.

Misskelley was tried separately in January 1994, and while it was alleged his confession was coerced, police claimed the inconsistencies in his statements were due to confusion.

He was sentenced to life in prison after being found guilty of first-degree and second-degree murder.

Misskelley refused to testify again Echols and Baldwin at their trials, leaving the prosecution to focus on the former’s interest in the occult. 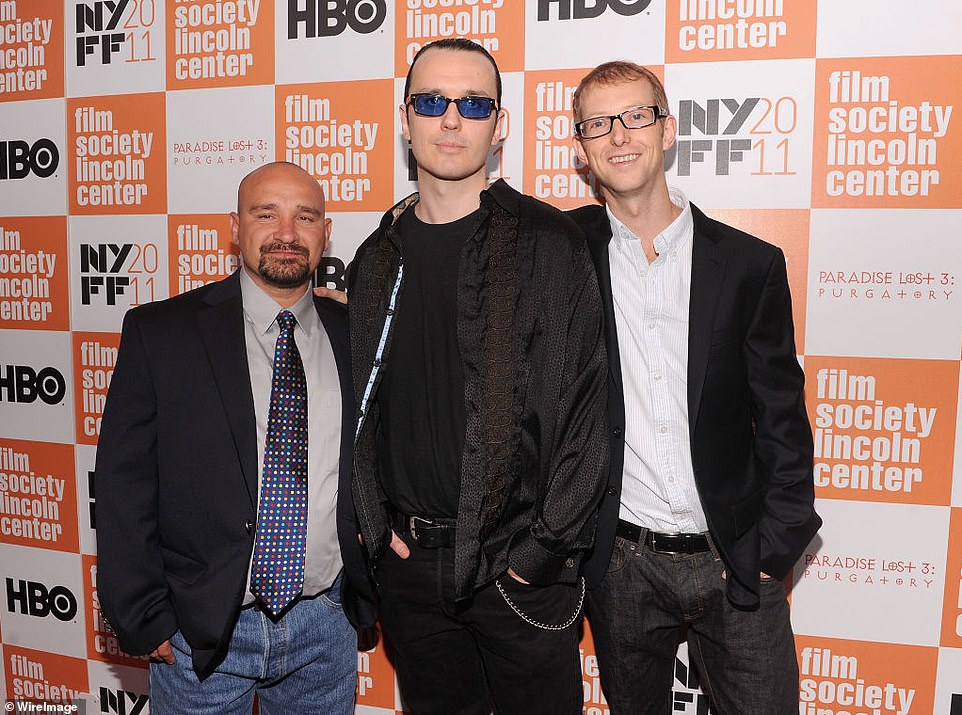 In 2011, Misskelley, Echols, and Baldwin (left to right) were released with time served after negotiating Alford pleas that allowed them to maintain their innocence 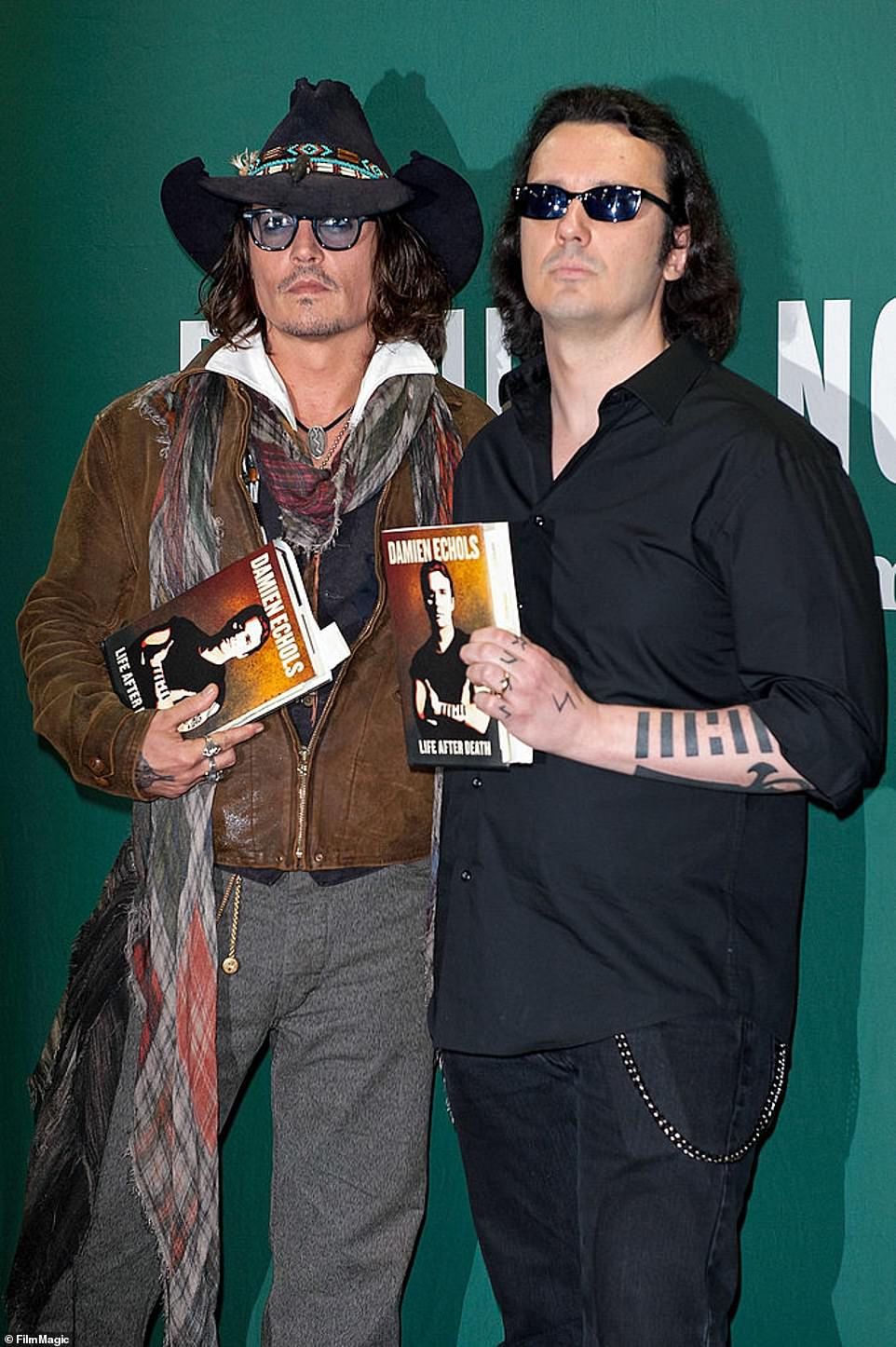 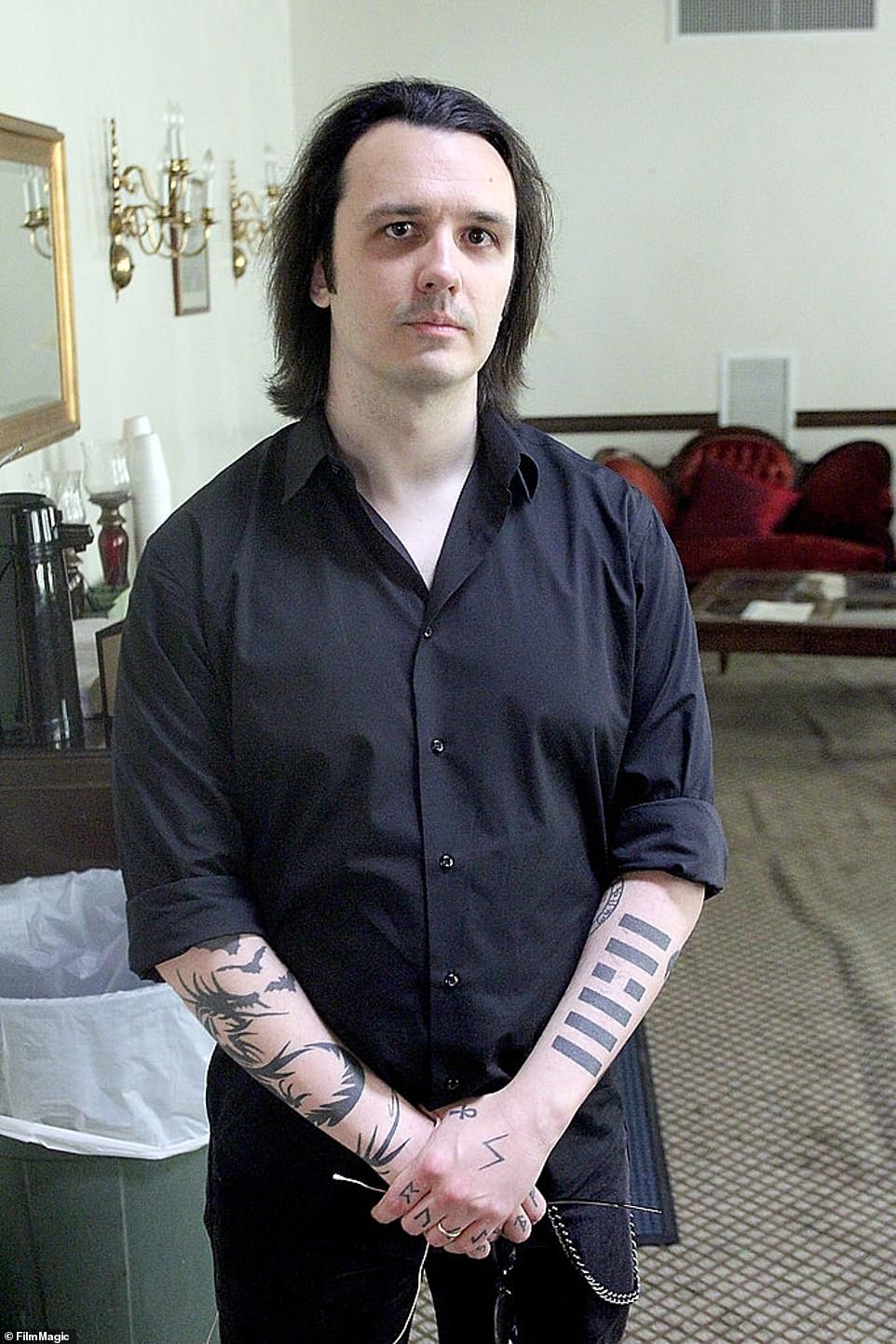 Echols, a writer and artist, published his memoir ‘Life After Death’ in 2012

Despite the largely circumstantial evidence, Echols and Baldwin were found guilty of first-degree murder in March 1994. Baldwin was sentenced to life in prison while Echols was given the death penalty as the perceived ringleader.

In 2007, DNA testing — a technology that wasn’t available in 1993 — showed there was no physical evidence linking either of the three to the crime.

The case earned national attention, and celebrities such as Johnny Depp, Pearl Jam frontman Eddie Vedder, and Natalie Maines of The Chicks (formerly the Dixie Chicks) advocated for the men to be freed.

In 2011, Echols, Baldwin, and Misskelley were released with time served after negotiating Alford pleas. The agreement allowed them to maintain their innocence while acknowledging that prosecutors have enough evidence to convict them.

The following year, Echols published his memoir ‘Life After Death.’ He also co-wrote the 2014 book ‘Yours for Eternity: A Love Story on Death Row’ with his wife, Lorri Davis, whom he met while in prison.