DonateSubscribe
Home News Update International News PETER HITCHENS: Biased BBC says dope should be legal and cocaine's a joke. Why should we pay for it?
Comment


Will Self is one of Britain’s most famous takers of illegal drugs. He was sacked by the Left-wing Observer newspaper after he was caught snorting heroin on Prime Minister John Major’s plane in 1997.

So why has the BBC chosen him, of all people, to be one of the favoured stars of a programme called A Point Of View?

Well, why do you think? In this Radio 4 show, the presenter can say pretty much what he or she likes for ten minutes. Almost all those given this privilege are Left-wing.

The BBC flatly refused to allow me to do it. They nearly ruptured themselves as they tried not to give their real reason – that my point of view is one they hate. 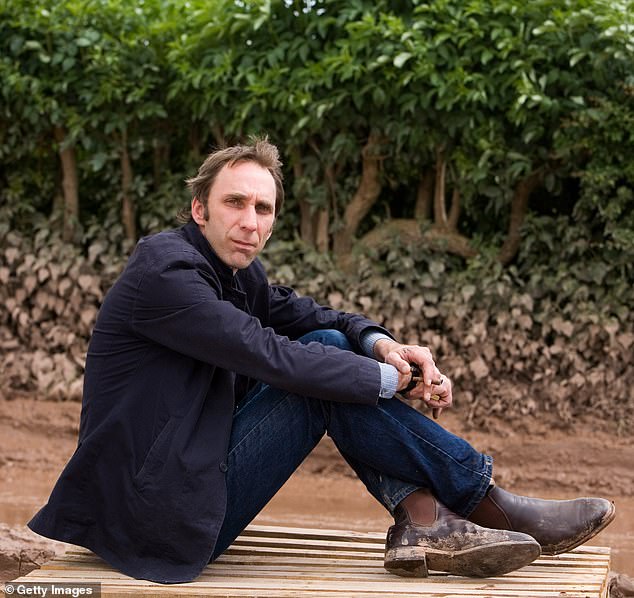 Will Self is one of Britain’s most famous takers of illegal drugs. He was sacked by the Left-wing Observer newspaper after he was caught snorting heroin on Prime Minister John Major’s plane in 1997

And a few weeks ago Mr Self used the slot to call for the legalisation of marijuana. I made a formal complaint, saying that it was a breach of due impartiality.

The BBC never had and never would give any opponent of marijuana legalisation the same opportunity. So to allow Mr Self to make this call was to break the BBC’s firm pledge to be fair on matters of major public controversy.

I have got used to stupid responses from the complaints people. But the answer I got was so ridiculous, it made me laugh out loud. They said: ‘While we accept that the drugs issue is of course capable of causing political or societal controversy, we do not agree that it is currently a ‘major matter’ as defined in our editorial guidelines.’

How odd, in that case, that the BBC never misses any opportunity to publicise any and every call for drug legalisation, especially in its news programmes. In fact, the accelerating campaign to legalise drugs – clearly backed by the BBC – is fast turning into the biggest social revolution since the 1960s.

And then there is drama too. The BBC absurdly pretends that drama cannot be used to promote policies. Really? Too many people know with bitter certainty that marijuana is a hard, family-destroying menace, and perhaps worse than that.

Yet the BBC made it look like a harmless giggle on a Gavin & Stacey Christmas special. What effect do you think that had? 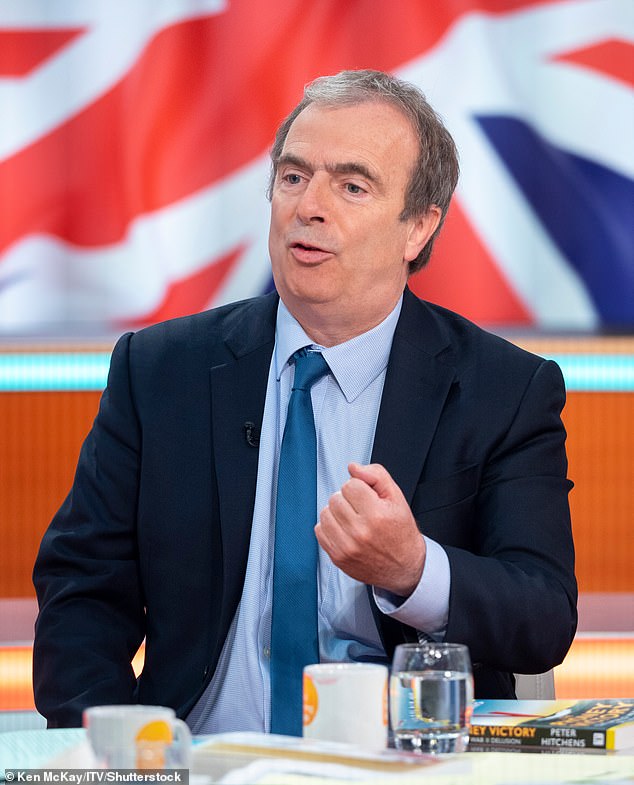 And a few weeks ago Mr Self used the slot to call for the legalisation of marijuana. I made a formal complaint, saying that it was a breach of due impartiality, writes Peter Hitchens, pictured above

Now a new drama series makes a similar joke out of cocaine. It will be heroin and LSD next, and who knows what afterwards. The programme, called Everything I Know About Love and starring Emma Appleton, opened on BBC1 last Monday night.

But ten minutes into the first episode, the star and two of her friends are shown pressuring a fourth woman into snorting cocaine in the lavatory of a restaurant. Their victim is depicted as being pathetically dumb, fearing she will instantly die.

They sneer that she is ‘suburban’. They say that cocaine is a ‘2.4 children, L-shaped sofa’ type of drug. ‘You just dip in and out of it like houmous.’ Of course the fourth woman gives in, and her moral collapse into criminal stupidity is portrayed as welcome and a minor laugh.

I think the people in charge of this organisation know perfectly well what they are doing, helping to turn a once-civilised society into a miserable, selfish hell. Why on earth should we pay through the licence fee for this electronic slurry?

Censoring the past is no longer 1984 fiction

Contents hide
I. Censoring the past is no longer 1984 fiction
II. Monarchy can’t rely on a stupid bear to save it

In George Orwell’s masterpiece about despotism, 1984, the hero, Winston Smith, goes though old newspapers looking for stuff which no longer fits in with the official version of the truth, and destroys all trace of it.

This censoring of the past is no longer fiction. For instance, a document which says ‘We do not have an independent, valid test for ADHD, and there are no data to indicate that ADHD is due to a brain malfunction’ has been altered in the records of America’s National Institutes of Health. These crucial words have been removed. Nobody can explain how, why, or who did it. But I have a copy of the undoctored original which miraculously survived.

Now there is controversy about a report of the recent massacre in Uvalde, Texas, in that great newspaper The New York Times, famous for its rectitude. In an early account, the newspaper quoted one of the shooter’s co-workers at the Wendy’s hamburger restaurant in Uvalde as saying she ‘recalled he would often talk about how much he despised his mother and grandmother, whom he told her did not let him smoke weed or do what he wanted’.

I am one of a growing number of people who believe – thanks to evidence of drug use among violent killers – that there may be a connection between marijuana use, mental illness and rampage killings.

This report was of great importance to us. So when it vanished from the New York Times website the next day, I tried repeatedly to get an explanation. The newspaper, normally very careful to explain any such changes, has not done so this time. Was the story perhaps wrong? No. The Mail on Sunday sent a reporter, Barbara McMahon, to Uvalde. She tracked down the woman at Wendy’s, Jocelynn Rodriguez.

Ms Rodriguez confirmed that she had said the vanished words to a New York Times reporter. She also said the killer had asked colleagues, in her hearing, where he could buy marijuana. I am still trying to get The New York Times to explain why it felt that, of all the news it had in its possession that day, the shooter’s liking for marijuana was the bit they did not think was fit to print.

Monarchy can’t rely on a stupid bear to save it

Actually, I didn’t enjoy the Jubilee that much, thanks all the same. It seemed to be aimed mainly at people who don’t believe that constitutional monarchy is a good thing. Worse, it was an attempt to strengthen monarchy by making it popular. But anything popular can just as quickly become unpopular. Someone who likes the Queen because she appears in a stupid video with stupid Paddington Bear, one of the most pointless children’s book characters there has ever been, isn’t going to be a reliable supporter of the monarchy.

There was another thing that annoyed me a lot. The clergy of the Church of England know very well that the Queen and Prince Charles both prefer traditional prayers and the beauty of the King James Bible.

So when they devised a service to mark 70 years on the throne, why did they ignore these preferences? I thought it bloody rude, and don’t blame her for staying away.

The Bible passage the Prime Minister read is, in the original, one of the most beautiful in the English language, beginning ‘Whatsoever things…’ I read it at the memorial service for my brother (the only passage of scripture heard at that atheist event). He read it at our father’s funeral.

Yet the version given to Johnson sounded like someone announcing the buffet car was closing on the train to Manchester Piccadilly. Why do so many people hate beauty?