Contents hide
I. Paddy McGuinness WINS two-year battle with planners to keep two-storey extension to gym and swimming pool at his £4million Cheshire mansion
I.I. Share or comment on this article:

By Jamie Cheshire For Mailonline

Paddy McGuinness has finally won a two-year battle with planners to keep changes to a gym and swimming pool extension at his £4million mansion in Cheshire.

The Take Me Out presenter, 48, and his Real Housewives of Cheshire wife Christine, 34, sparked uproar over plans to convert and ‘re-model’ their six-bedroom new build, situated near Wayne Rooney’s old home.

Half a dozen residents fired off letters of complaint to the local council, saying the plans were over-development and out of character for the posh village of Prestbury.

But Paddy, famous for his ‘no likey, no lighty’ catchphrase, was given the green light by officials after they ruled that the two-storey extension, including a double garage and nanny suite, was ‘not an alien feature’.

But when he built the extension, it was slightly different to the original plans. Changes included reducing the size of the two dormer windows and building a single garage rather than the double he had planning permission for.

This meant he had to go back to Cheshire East Council to receive retrospective planning permissions for the adaptations – and he has now been successful. 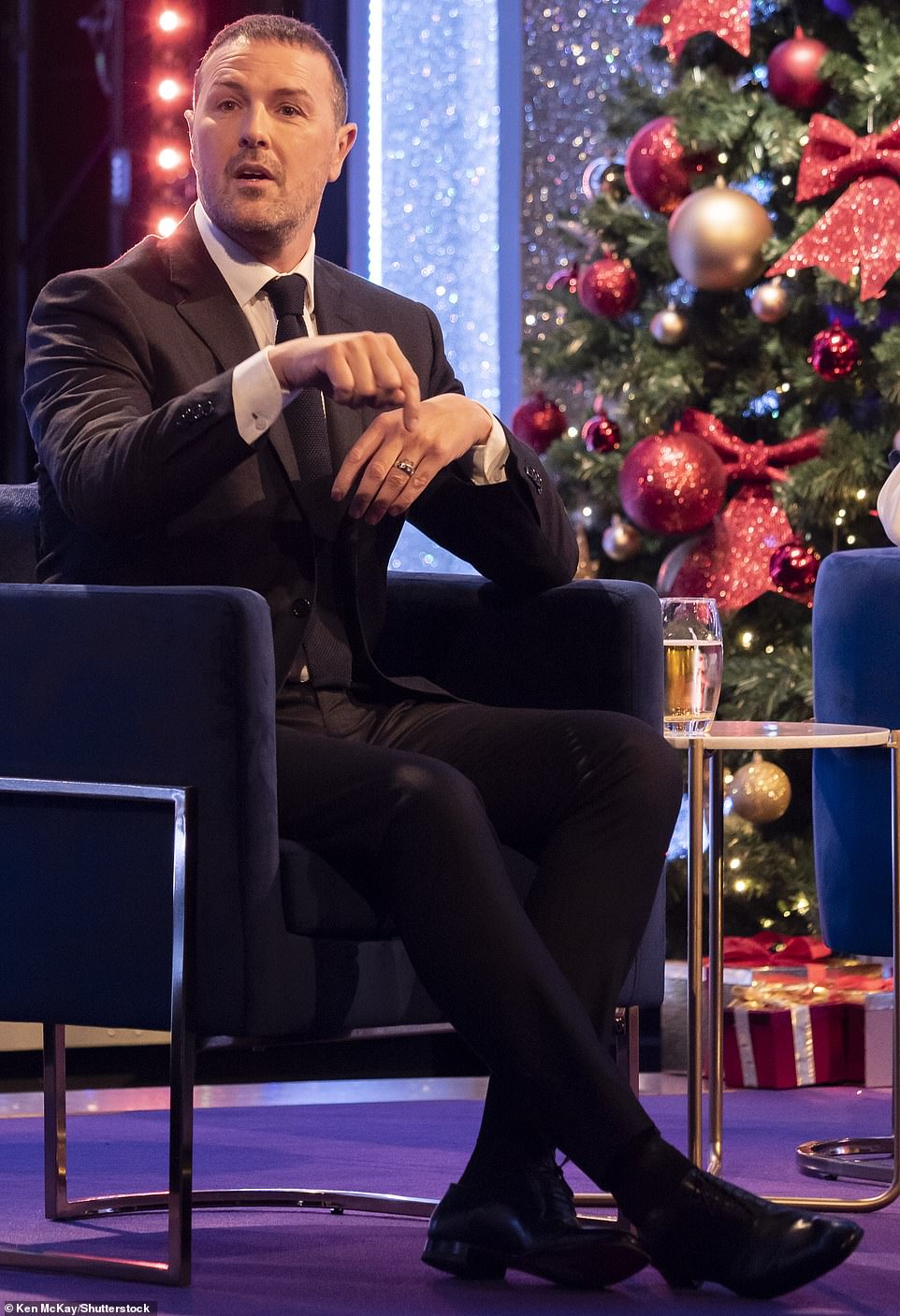 Paddy McGuinness (pictured), 48, and his Real Housewives of Cheshire wife Christine sparked uproar over plans to convert and ‘re-model’ their six-bedroom new build in Cheshire 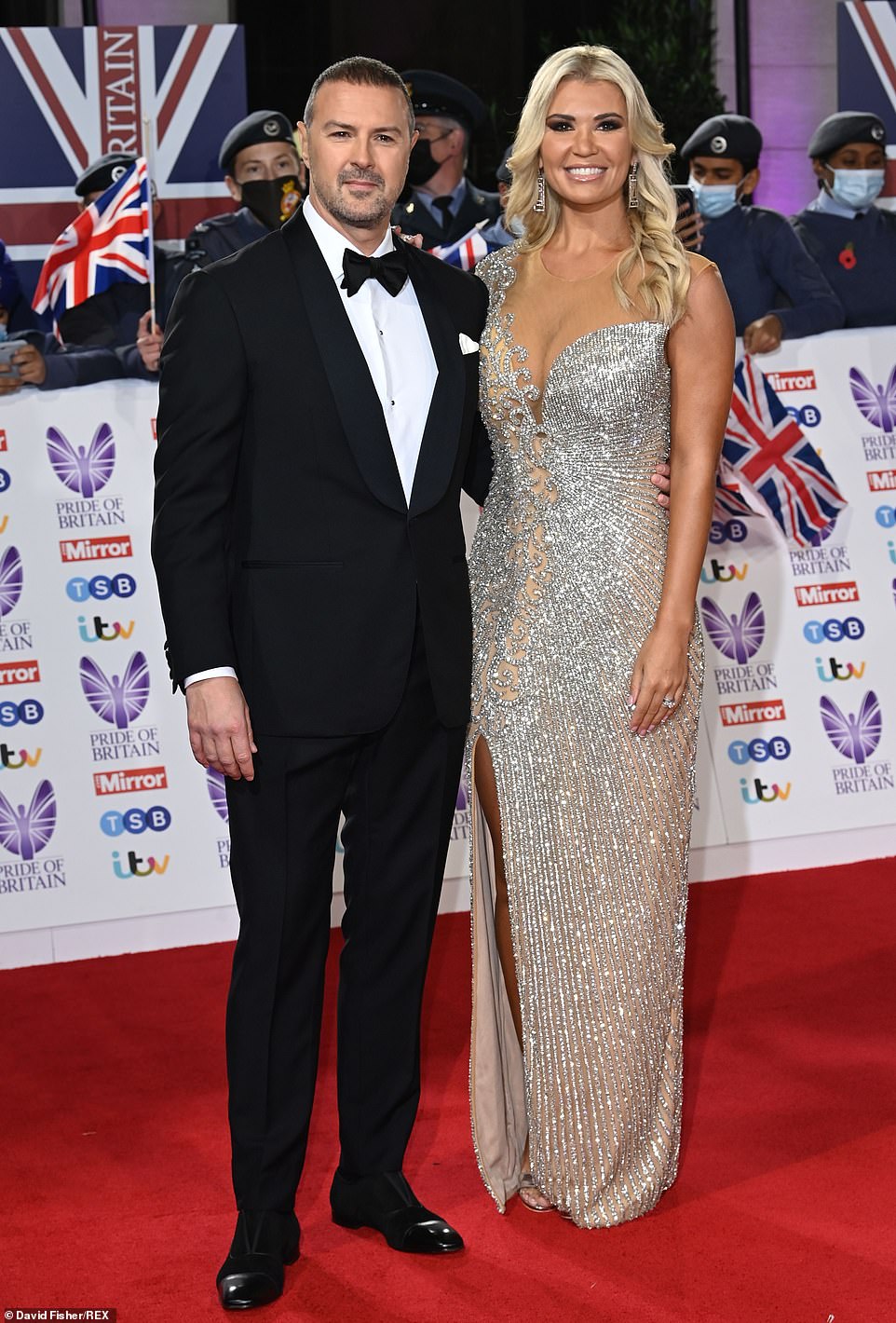 The McGuinness at the Pride of Britain Awards, Grosvenor House, London, on October 30 last year 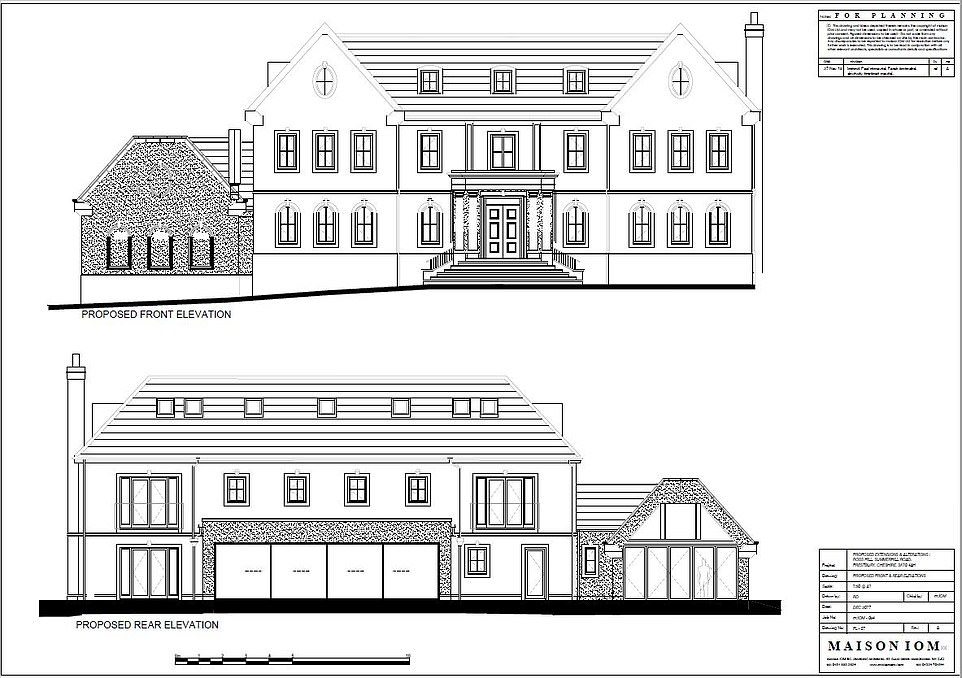 The couple sparked uproar over plans to convert and ‘re-model’ their six-bedroom new build, situated near Wayne Rooney’s old home. The new ‘nanny suite’ is seen on the left of this sketch 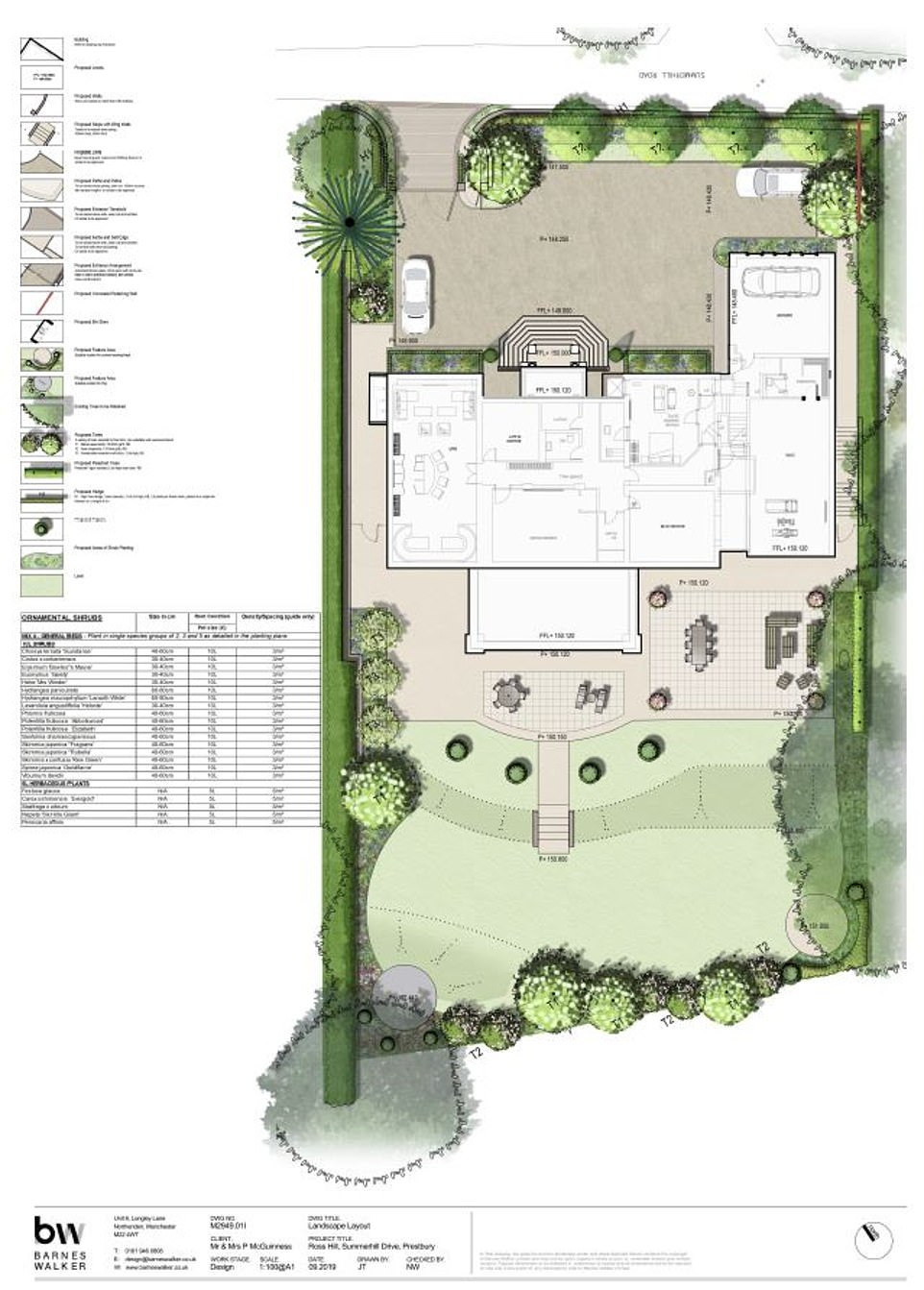 In his report, planning officer Matthew Keen said: ‘The amendments are minor and do not materially affect the appearance of the dwelling.

‘The design of the proposals would respect the form and character of the original dwelling.

‘Due to the positioning of the extension in relation to neighbouring dwellings, no significant impacts to the amenity of the neighbouring properties would arise from the proposed development.’

Outside there is a feature area for covered seating and a firepit and a second feature area suitable for play for eight-year-old twins Leo and Penelope, and five-year-old Felicity. 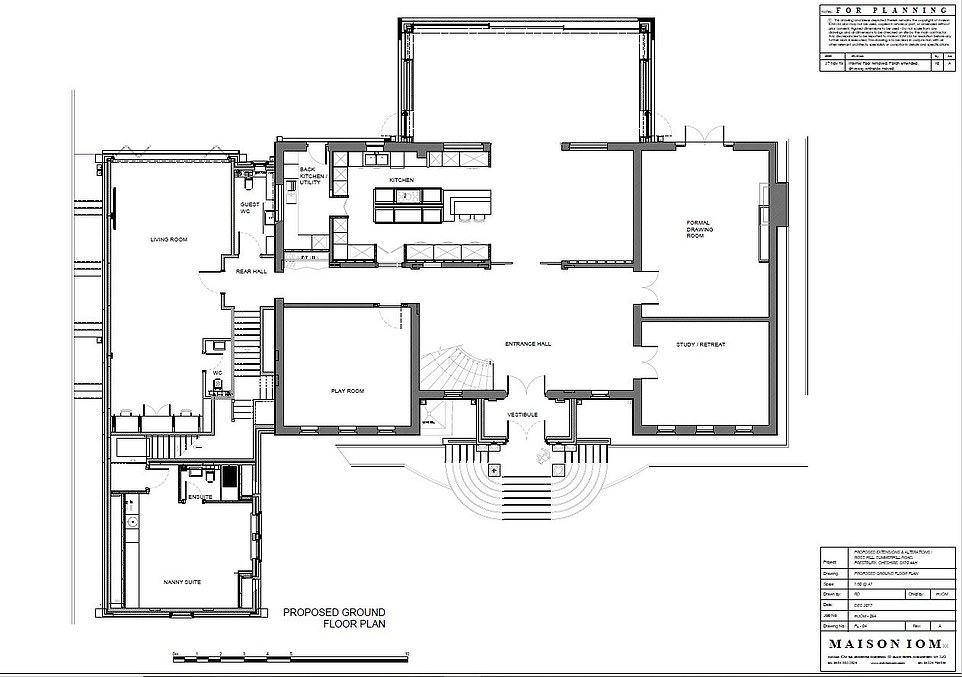 The new nanny suite is seen in the bottom left of these plans, drawn by the McGuinesses’ architects

Mr Keen added: ‘The site is a large recently constructed detached property positioned within a group of houses in the Green Belt.

‘In the Green Belt, the construction of new buildings is classed as inappropriate. Exceptions include the extension or alteration of a building provided that it does not result in disproportionate additions over and above the size of the original building.

‘The amendments do not increase the scale of the dwelling over and above the approved scheme.’ 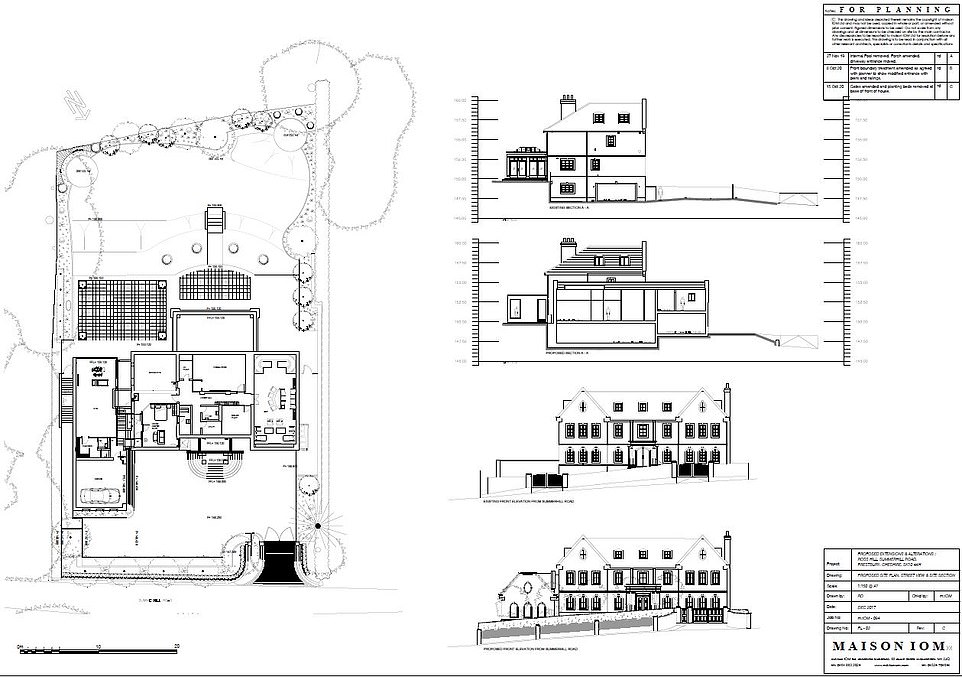 In his report, planning officer Matthew Keen said: ‘The amendments are minor and do not materially affect the appearance of the dwelling’

How US megastar Taylor Swift could be headed for low-key married life in North London
R. Kelly Sues Brooklyn Detention Center For Putting Him on Suicide Watch
Olympic skateboarder’s dad says Gen Z are tolerant to a fault when it comes to trans athletes
Aerosmith Frontman Steven Tyler Out of Rehab, Doing ‘Amazingly Well’
Adele returns to UK for sell out Hyde Park show as Ed Sheeran performs at Wembley Stadium
Justin Timberlake Sued by Director of ’20/20 Experience’ Documentary