Nicola Sturgeon reignited a war of words with Liz Truss today over being branded an ‘attention seeker’ today – claiming that the only time they have met the Foreign Secretary wanted advice on being featured in Vogue.

The First Minister told an Edinburgh Festival event today that Ms Truss made the remark at Cop26, the environmental summit held in Glasgow last year.

It took place weeks after Ms Sturgeon had appeared in a glamorous photoshoot in the fashion Bible.

The Tory leadership favourite last week branded her an ‘attention seeker’ and said the best thing to do is ‘ignore her’ – sparking fury with the SNP who said they and the Scottish people were ‘insulted’.

Speaking to LBC radio today in the Scottish capital, Ms Sturgeon said she had first thought the comments were a ‘spoof’.

She recounted a conversation they had at Cop 26, saying: ‘That was the main thing she wanted to talk to me about, she wanted to know how she could get into Vogue – and she calls me an attention-seeker…

‘I said to her they came and asked me. I didn’t really mean to do this, but I said to her it hadn’t actually been my first time in Vogue, it had been my second time.

‘It looked a little bit as if she’d swallowed a wasp. I’m sure she’ll be in Vogue before too long.’

She also branded Boris Johnson ‘a disgrace to the office’ of prime minister’. 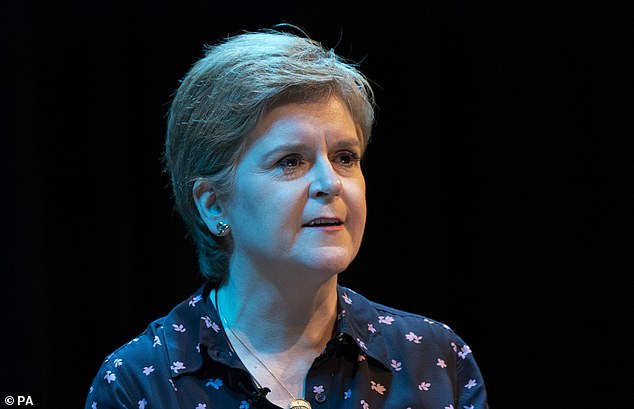 The First Minister told an Edinburgh Festival event today that Ms Truss made the remark at Cop26, the environmental summit held in Glasgow last year. 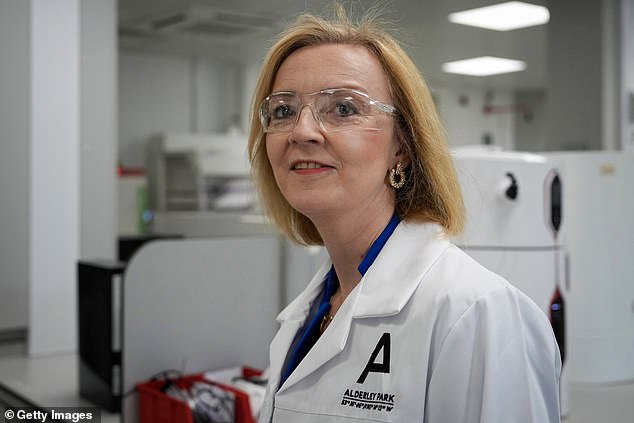 The Tory leadership favourite last week branded Sturgeon an ‘attention seeker’ and said the best thing to do is ‘ignore her’ – sparking fury with the SNP who said they and the Scottish people were ‘insulted’.

The former Labour leader used an appearance at the Edinburgh Fringe to claim that a new vote was ”absolutely the right thing to do’.

And the 73-year-old, currently ostracized from the Labour parliamentary party in a row over anti-Semitism, attacked Boris Johnson for refusing to permit it.

Mr Corbyn, who sits as an independent MP, told an even in the Scottish capital it was ‘not right’ for politicians at Westminster to tell Scotland what it could do.

Ms Sturgeon, the SNP First minister, wants to hold a new vote in October next year, nine years after Scotland last voted to remain in the UK.

Mr Corbyn said ‘If the people of Scotland [and] the Scottish Parliament demand a referendum then that’s absolutely the right thing to do….

‘I don’t think it’s right for the Westminster government to say ”no you cannot have a choice”. You have to have a choice.’

He was blasted during his disastrous time in charge of Labour for his failure to stand up for the union. And his latest outburst provoked anger among supporters of Scotland remaining in the UK.

Sharon Dowey, the Scottish Tory culture spokeswoman, said: ‘Now we know that if he had been handed the keys to Downing Street he would have rolled over to Nicola Sturgeon’s demands for another divisive independence referendum.

Comparing him to his predecessor, she said: ‘I think perhaps uncharitably I described my conversations with Theresa May when she was Prime Minister, as being soul destroying.

‘I look back somewhat fondly now on that.’

Ms Sturgeon said she and Ms May ‘differed massively’ in their political beliefs but the former Prime Minister ‘took the job seriously’.

In contrast, she said her interactions with Boris Johnson were ‘one long bluster’.

She continued: ‘You know, he was a third Prime Minister I’ve dealt with as First Minister.

‘You know, I’m going to be blunt here, he was a disgrace to the office of Prime Minister.’

Ms Truss made the comments at a Conservative hustings in Exeter and was swiftly backed by Jacob Rees-Mogg, who declared that Ms Sturgeon ‘waffles on endlessly’, is ‘very often wrong’, and is ‘always moaning’.

But Depute First Minister John Swinney said her comments were ‘deeply troubling and concerning’, adding that people in Scotland, regardless of political opinion, will be ‘really concerned, and in many cases, insulted’.

He said: ‘Nicola Sturgeon has far more democratic legitimacy than Liz Truss is going to have if she becomes the prime minister, and I think Liz Truss has absolutely no right or foundation to make these remarks.’

Ms Sturgeon, the SNP First minister, wants to hold a new independence vote in October next year, nine years after Scotland last voted to remain in the UK.

Yesterday the Government submitted its legal argument against allowing the Scottish Parliament to legislate for another independence referendum.

Lord Advocate Dorothy Bain QC referred a prospective referendum Bill to the Supreme Court last month to ascertain if it was within the powers of Holyrood.

Oral arguments are due to be heard in the case in October, but the Advocate General for Scotland Lord Stewart QC submitted the case against the Bill being within the legislative competence of Holyrood on Tuesday.

It is understood the UK Government has asked for the Court’s permission to publish the submission.

A spokeswoman for the UK Government said: ‘People across Scotland want both their governments to be working together on the issues that matter to them and their families, not talking about another independence referendum.

‘We have today submitted our written case to the Supreme Court, in accordance with its timetable.

In its submission to the court, submitted last month, the Scottish Government leaned heavily on any future referendum not being ‘self-executing’, meaning it would be purely advisory and only meant as a way to ascertain the views of the Scottish people.

The SNP have also made an attempt to intervene in the case, arguing that – as a public body – it would be ‘fair, just and reasonable’ for the party to make arguments to the Court.