Boy, 16, is arrested after two men are stabbed in knife attack at Swedish shopping mall

Contents hide
I. Boy, 16, is arrested after two men are stabbed in knife attack at Swedish shopping mall
I.I. Share or comment on this article:

By Charlotte Mclaughlin For Mailonline

A 16-year-old boy has been arrested after two men were stabbed in a knife attack at a shopping mall in Sweden.

Both men in their 50s are in a serious condition after what police have described as ‘act of insanity’ in central Västerås.

One of the men is fighting for his life – and reported to be a school employee – after the stabbing at local mall Kvarteret Igor at around 8.30am.

Another man, who is stable, was taken to hospital after the attack in the small city, 100km west of Stockholm.

Newspaper VLT were told by Swedish police that the victims were ‘in the wrong place at the wrong time’.

It is unclear what motivated the attack and police are not ruling out that the suspect and victims were known to each other. 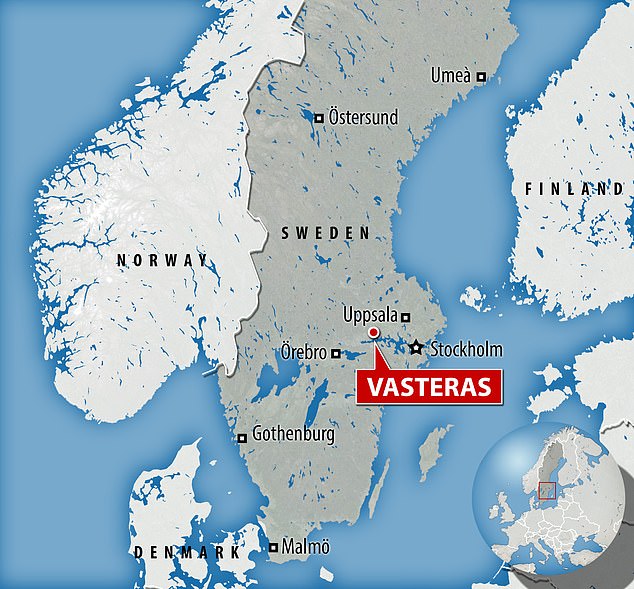 Two people have been taken to hospital with one of these people seriously injured in central Västerås after the attack at 8.30am

Helena Ekstrand, a spokeswoman at the prosecutor’s office, told local press that the 16-year-old boy was arrested on suspicion of attempted murder.

Two men were taken to the emergency room in Västerås with serious injuries after the incident, according to health service Region Västmanland.

Swedish news station SVT were told by Stefan Remne, who is head of operations for upper secondary schools in Västerås, that the man with life-threatening injuries – who is in surgery – is employed at a high school in the city.

Mr Remme added: ‘It’s terrible, it’s one of my employees, and we are [just about to finish] before the summer now so there are many thoughts [we are all having] right now.’

A witness who called police and the ambulance said they saw a man chasing people, Swedish newspaper Expressen reported.

The person went on to say police arrested the suspect who was jogging towards two people injured on the ground. 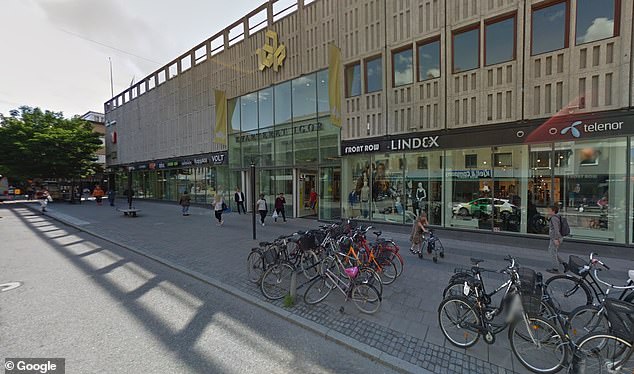 Magnus Jansson Klarin, a police spokesman, said there has been one arrest and they do not suspect anyone else of involvement.

Mr Klarin said: ‘We received several calls [in quick succession] that there has been several [people] injured.’

According to another Swedish news organisation, Aftonbladet, police confirmed that a sharp object was used to stab two people.

The incident is now being investigated by officers as attempted murder.

Mr Klarin added: ‘It is clear that they used some form of sharp object, but I can not say exactly what.

‘We cannot rule out that more people have been injured. [The area] has been blocked off and the police [still have] a large presence at the [scene].

‘The person was arrested fairly immediately, a few minutes after we received the alarm.

‘It cannot be ruled out that there may be a connection between [the victims and suspect].’

Police have also cordoned off an area next to a parking garage that is suspected to be the crime scene and officers are searching the area, STV reports.

Back in March, two women who were stabbed at a high school in Southern Sweden died from their injuries.

Both were said to be employees at the school and in their 50s. An 18-year-old student was later arrested after their deaths.

Also Read  A GoFundMe for a 27-year Burger King employee has reached almost $80,000