Are emojis in emails EVER okay? Career expert reveals the right time to use them, the punctuation mistake that makes you seem ‘insecure’ and the clichés to stop using NOW

By Laura House and Carina Stathis For Daily Mail Australia 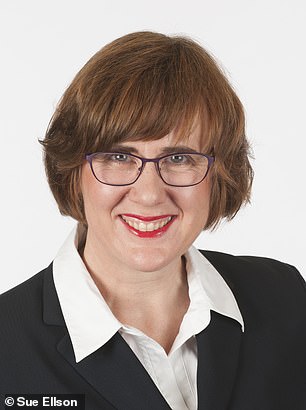 Sue Ellson, an Australian LinkedIn specialist and career development practitioner, said while emojis can be used to provide some tone and context, they’re not always used correctly.

‘Be careful what you type because once it is in writing, it can potentially be misinterpreted, particularly if there is a time delay between correspondence,’ she told FEMAIL.

‘Emails are excellent for facts and figures that need to be shared, but awful for difficult conversations. An email can be read and re-read multiple times and saying something negative and then trying to placate someone with a humorous emoji afterwards can lead to trouble.’ 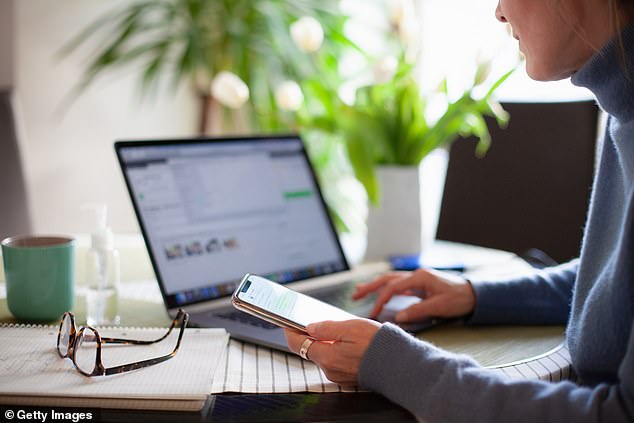 ‘Be careful what you type because once it is in writing, it can potentially be misinterpreted, particularly if there is a time delay between correspondence,’ she told FEMAIL

Too many emojis in an email is considered unprofessional. A smiley as a sign off is fine

‘As per my last email’

The overused email statement ‘as per my last email’ is deemed to be a slightly aggressive way to highlight something has been said before.

Instead Sue suggested writing: ‘Apologies if you missed the previous email. Can you please let me know…’

This suitable alternative is not only far more polite but will likely generate a swifter response.

The terms ‘as stated below’, ‘kind regards’ and ‘let me clarify’ can also come off as somewhat rude.

Those who turn to the ‘just checking in’ cliché are often in a hurry to receive a response from a receiver who they believe is ignoring their emails.

Sue recommends highlighting the urgency of the matter and explaining that a quick reply would be appreciated.

She suggested writing: ‘This is now an urgent matter and if you cannot complete it by xx/xx/xx, please let me know immediately’.

‘Sorry for being unclear’

The term ‘sorry for being unclear’ often begs the question whether the sender is being sincere or not.

Sue suggested: ‘I understand that my original email may have been confusing. Would you like me to call you? Alternatively, would you be able to let me know what extra information you need? Thanks in advance.’

What is the most cringeworthy email phrase?

Sue said the most common place for emojis is in the sign off – and usually just a smiley face (or a face-style emoji). While that’s fine, too many emojis in an email is considered unprofessional.

‘I recommend against using emojis like the peach or eggplant as these have sexual connotations,’ she added.

Sue said exclusively using emojis could also be a problem – for instance, if you reply to a message with a thumbs up.

‘Does that mean you have read it, agreed with the contents or taken action? It is hard to say. A quick thumbs up and the words “now completed” could be very helpful,’ she said.

‘If you are working with people who use assistive technology, they may or may not be able to “read” the contents of the emoji. For this reason, I would suggest that any words that need to be said to clarify a message should be written as well as implied with the use of an emoji.’

Ultimately the culture of an organisation and its customers/clients can also give you clues as to whether or not you could consider using emojis in your emails but there are a number of mistakes made daily – particularly with sign offs.

‘Cheers’ can be used on a casual basis between coworkers but ‘yours faithfully’ should be used if you don’t know the receiver’s name,’ she said. 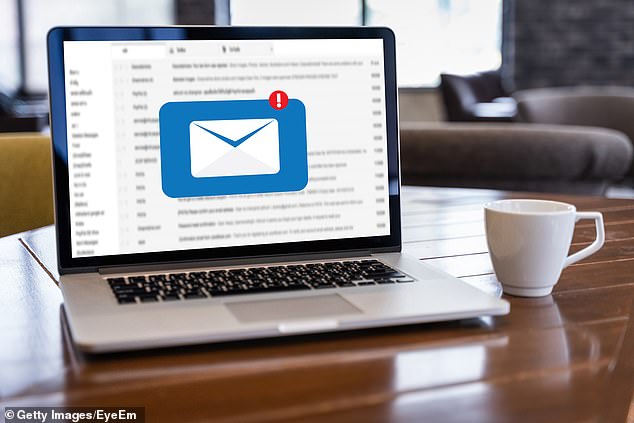 And while ‘yours sincerely’ and ‘yours faithfully’ appear similar, Sue said they are quite different.

On Facebook, many consider ‘yours faithfully’ to be far too polite and rather unnecessary whereas ‘cheers’ and ‘thanks’ can be used when speaking to co-workers or individuals you have met and formed a work relationship with.

Those who leave the automatic message ‘Sent from iPhone’ at the bottom of the email are also considered to be somewhat unprofessional or in a rush.

Sue also said to avoid using exclamation marks when typing out a response.

‘Exclamation marks are overdone and insecure – don’t use too often,’ she said.

‘And don’t use abbreviations on full words – it’s important to make the message clear to understand rather than incorporating hidden meanings.’