MGK fans got double the entertainment value — well, maybe more like 1.5x — when a pint-sized, look-alike superfan joined him onstage to perform his set!

Emily Jo Smith tells TMZ … her 6-year-old son, Mitchell, is a die-hard MGK fan and he wanted to dress up like his rock hero to attend his Seattle concert. Mom and Mitchell scored great seats in the VIP section, and even got to chat with MGK’s guitarist before the show. 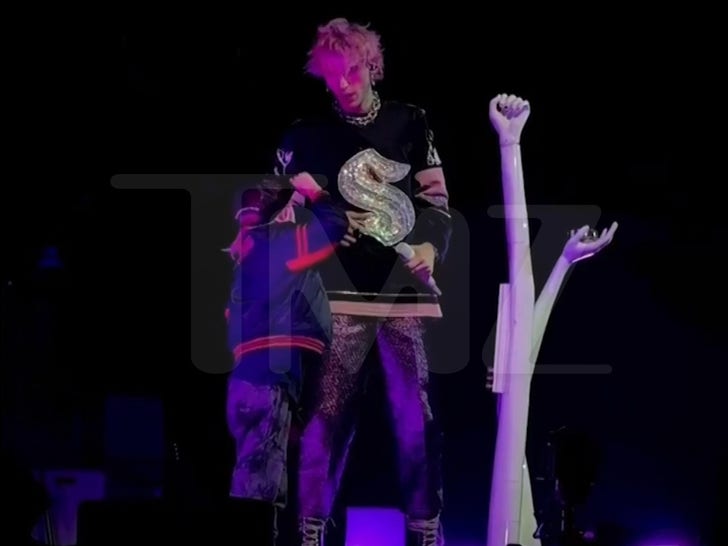 But, the best part came when the curtain went up — we’re told Mitchell told the guitarist he really wanted to meet MGK, and the musician simply said, “I got you.”

Next thing ya know, he worked his magic. After MGK made a grand entrance — getting airlifted to the stage by a prop helicopter — he played a few songs, then wandered into the crowd. 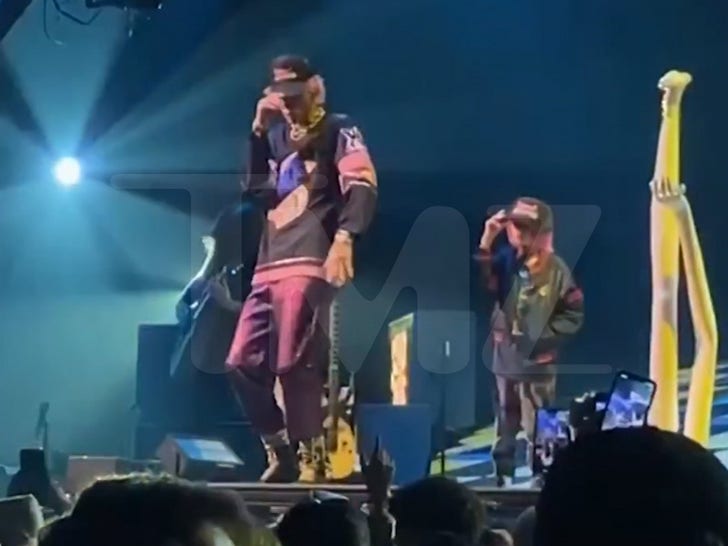 He knew what he was doing all along … MGK beelined it for Mitchell and hauled him up on stage.

It was a hilarious moment for the crowd, because Mitchell looked like a mini-me version of MGK standing next to the rock star. 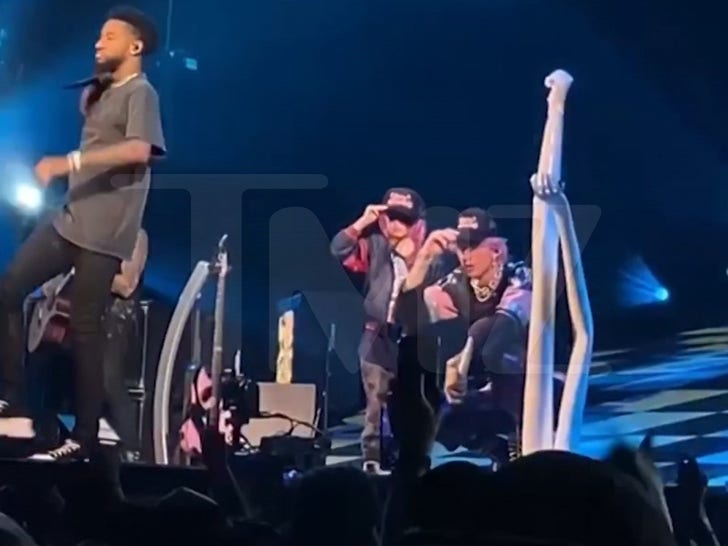 The duo then launched into ‘AY!,’ a song MGK recorded with Lil Wayne, showing off their moves to the jam-packed crowd.

Afterward, Mitchell surprised MGK, handing him some Kurt Cobain pins as a gift. MGK was clearly moved. He called the moment “sick” and added … “Goddamn man, kids are so much cooler nowadays.”

Safe to say Mitchell — now better known as Lil MGK — will remember this night for the rest of his life!