Fans salute substitute Chloe Kelly after the substitute whipped off her shirt and ran deliriously around the pitch after scoring the WINNER in the Euro 2022 final!

Contents hide
I. Fans salute substitute Chloe Kelly after the substitute whipped off her shirt and ran deliriously around the pitch after scoring the WINNER in the Euro 2022 final!
I.I. Share or comment on this article:
I.II. Give This Article A Share:

By Michael Rudling For Mailonline

England fans have been tweeting their love for Chloe Kelly after she scored the winner in extra-time at the Euro 2022 final.

The substitute took her shirt off following the goal and ran around the pitch with her euphoric teammates.

It would have been an emotional moment for the 24-year-old who returned from an ACL injury earlier this year. The winner was her first competitive international goal. 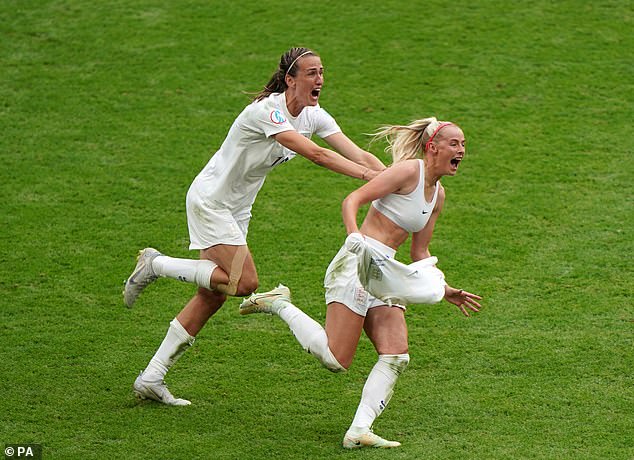 ‘Chloe Kelly is top class. How she hasn’t been starting games is beyond me,’ tweeted one fan after the late goal.

Another commented: ‘Chloe Kelly deserves that goal. Been excellent whenever she’s come off the bench, ran the line, got the crowd going and now instinctive play. Love it. Its coming home!’

Others offered simpler messages of support such as ‘Chloe Kelly. You legend!’ and ‘Yes Chloe Kelly!! Its got to be coming home now.’ 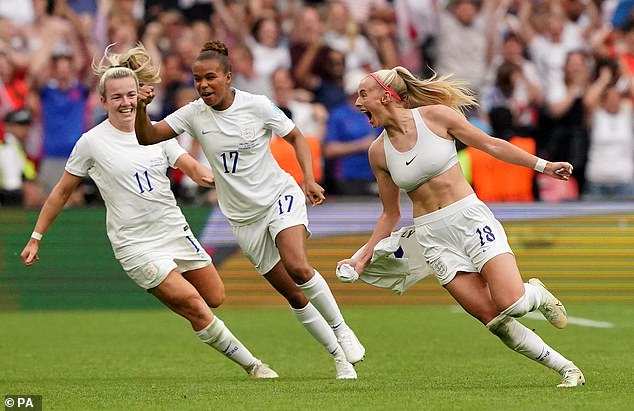 The win gives England their first ever major trophy in women’s football, and the first Euros win for any England side.