DAILY MAIL COMMENT: A message of hope to lift the nation

In her 70 years on the throne, the Queen has shared her people’s joy, felt their pain, taken pride in their achievements, mourned their losses.

As much as our monarch, she has been our friend and fellow traveller on life’s unpredictable and often difficult journey. Today, in her Platinum Jubilee message, that warmth and affection shines through.

Anticipating four days of festivities, she says: ‘I know that many happy memories will be created.’ (And quite a few hangovers if the thousands of planned street parties are anything to go by.)

But amid the bunting and revelry, we should appreciate how far we have come since that February day in 1952 when the young Princess Elizabeth succeeded her beloved father following his premature death.

A war that cost 50million lives (and in which she served) had been over less than seven years, leaving half the world in ruins. Churchill was prime minister, Harry Truman US president and the British Empire, though in rapid retreat, covered vast areas of the globe. 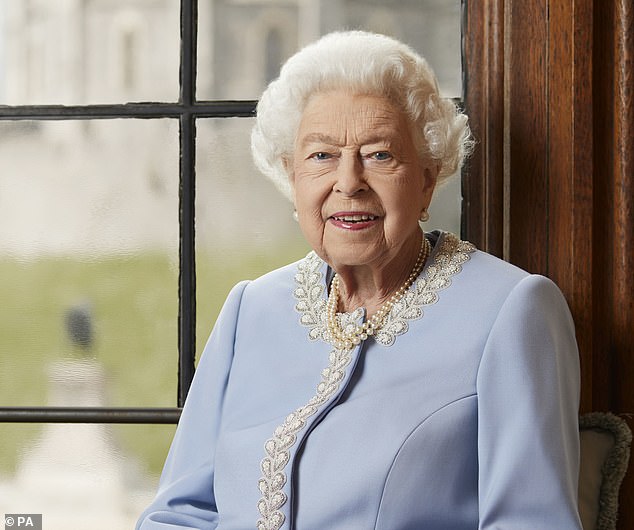 As much as our monarch, Her Majesty has been our friend and fellow traveller on life’s unpredictable and often difficult journey

The Cold War was biting but hadn’t reached Absolute Zero. Chairman Mao was still limbering up for his fateful Great Leap Forward. The names of Castro, Kennedy, Guevara and Khrushchev were yet to explode on the world stage. Suez, Cuba and Vietnam were merely names on a map.

Meanwhile, the structure of DNA, which would revolutionise medical science, was just being unravelled, trains ran mainly on steam, computers were room-sized and risibly slow.

Microchips, information superhighways and mobile phones were the stuff of science fiction, but epoch-making technology was firmly on the march.

In this seismically shifting world, Elizabeth II, just 25 years old, took the reins of a great nation trying to find its place in the new order. Fourteen prime ministers and 70 years later, she has presided over a new Elizabethan age. Like her Tudor namesake, she is the embodiment of skilful sovereignty – an example to her nation, her Commonwealth and the world.

As we celebrate this Platinum Jubilee (something which has never happened before and surely never will again), republicans and those who delight in running Britain down will sneer and cavil.

But these shrivelled cynics are a tiny minority. Those with open hearts and minds will see it as a moment for reflection, gratitude and, of course, an enormous knees-up.

The Queen’s Birthday Honours typify the spirit of this people’s Jubilee. There are fewer vacuous celebrities and Buggins’ turn bureaucrats than usual and far more of the everyday heroes who really make this country what it is. Scientists who helped us through the worst pandemic in a century, consular staff who worked frantically to evacuate our people from Kabul as their Whitehall bosses floundered.

Charity workers, legal campaigners and 11-year-old twins who raised almost £50,000 for the NHS and medical charities. They are the people who prove this is fundamentally a nation of compassion and community.

Like so many of her subjects, the Queen has had her share of family heartache. The Duke of Edinburgh’s passing after 73 years of marriage was a grievous loss and Prince Andrew’s disgrace means he is sidelined from official celebrations.

But Her Majesty has offered an olive branch to her intemperate grandson Harry and wife Meghan and is expected to meet their baby Lilibet – named in her honour – for the first time.

A reminder perhaps that conciliation is always possible and no estrangement need be permanent.

Her Majesty closes her Jubilee message by looking forward to the future with confidence and enthusiasm. As ever, a message of hope and positivity from a truly great queen.