A man claiming to be an off-duty Chicago PD officer pinned a 14-year-old boy to the ground with his knee after accusing him of stealing his own son’s bike — and the whole thing was caught on video.

The boy’s parents tell TMZ the incident happened Friday at a Starbucks in Park Ridge, IL — just outside of Chicago. They say their son, who is Puerto Rican and an honor student, athlete and member of the local church was at the coffee spot with a group of friends and saw an abandoned bike laying on the sidewalk. 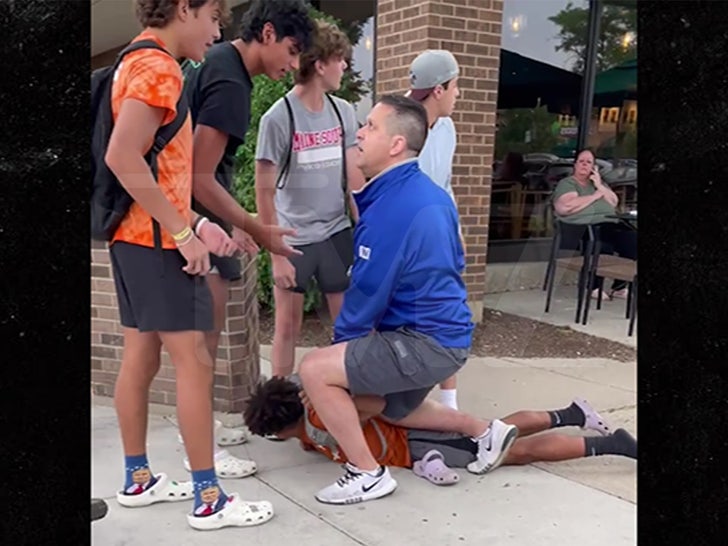 We’re told the boy — who also had his own bike with him — attempted to move the abandoned bike out of the way … and that’s when the alleged off-duty officer pounced.

The parents tell us the man grabbed the boy by the wrist, slammed him to the ground and pinned him with his knee — accusing the 14-year-old of having stolen the bike from his son.

We’re told the man’s son’s bike had allegedly recently been stolen from a nearby location. 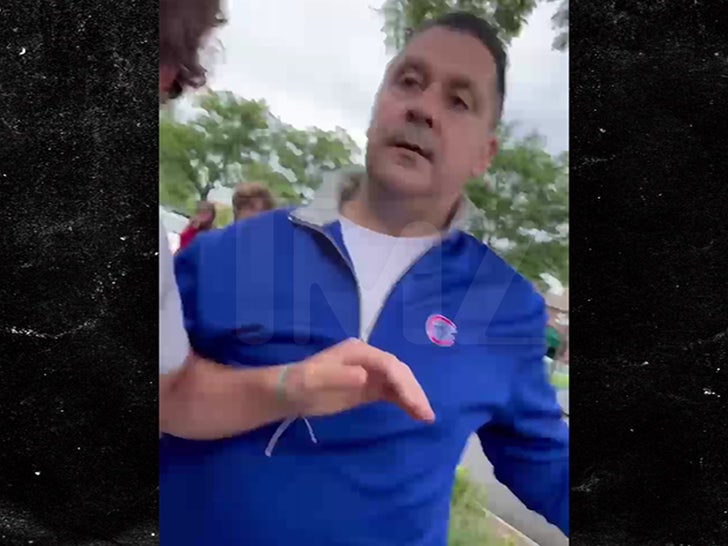 You can see in the video, the situation is tense, with the other teens coming to their friend’s defense … eventually pulling him away from the man.

A spokesperson for the Park Ridge PD tells us the man told their officers, who responded to the scene, that he was an off-duty Chicago Police officer. We spoke to a rep for The Chicago Police Department who tells us they’re conducting an internal investigation into the situation.

The 14-year-old’s parents are pissed — pointing out their son was the only kid in the group who was of a different ethnicity … and have plans to file a formal complaint in the near future.

Park Ridge is currently investigating the incident … and tell us at this time, no arrests have been made.