Terror on the streets of Berlin: Car mounts the pavement and ploughs into crowd beside church killing at least one person and injuring 30

Contents hide
I. Terror on the streets of Berlin: Car mounts the pavement and ploughs into crowd beside church killing at least one person and injuring 30
I.I. Share or comment on this article:

By Chris Pleasance for MailOnline

At least one person has been killed and up to 30 have been injured after a car ploughed into crowds near a church in Berlin.

A silver Renault Twingo drove into people on Rankestrasse, a street packed with shops and cafes in western Berlin overlooked by Kaiser Wilhelm Memorial Church, on Wednesday morning. The driver has been arrested.

Images from the scene showed the car embedded in the front of a shop next to outdoor café tables, with what appeared to be blood smeared on the pavement.

Actor John Barrowman, who was in a nearby shop near as the crash happened, described the scene as ‘very bad’ and said he saw a dead body lying in the road. 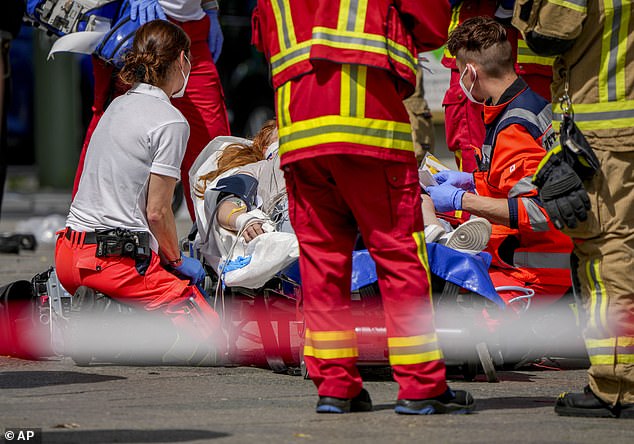 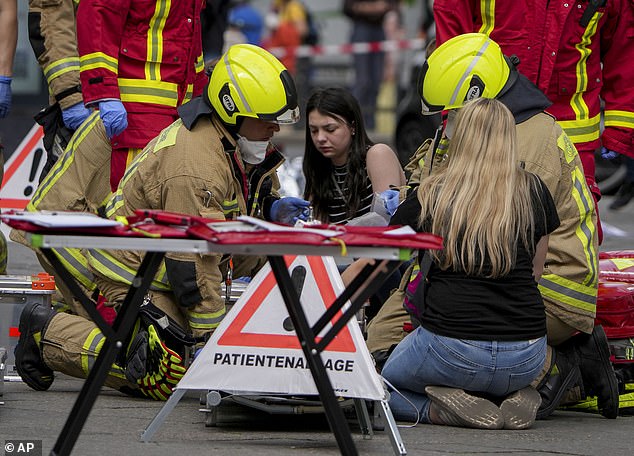 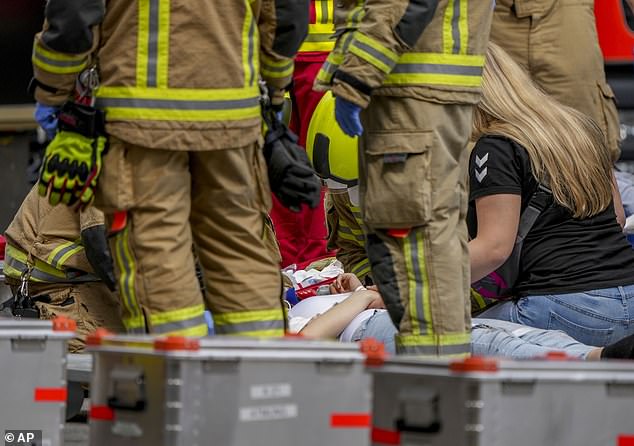 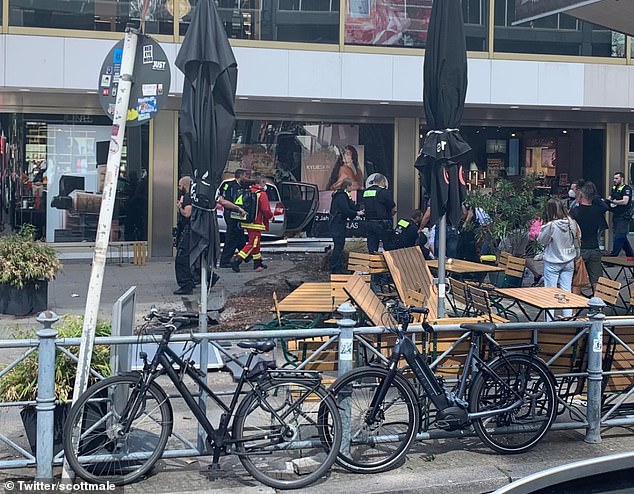 Barrowman said he heard a bang while shopping and came out to find ‘carnage’ with police, medics and fire crews ‘everywhere’.

‘The car came down onto the pavement,’ he said, pointing up the street.

‘Then has come onto the road over there, has hit somebody then has gone down the road and come back onto the pavement… and gone through a bunch of people and then right into a store front window.’

Police say the driver has been arrested, but it is not yet clear whether the crash was deliberate.

‘A man is believed to have driven into a group of people. It is not yet known whether it was an accident or a deliberate act,’ police said.

The crash took place near the main shopping district’s Breitscheidplatz, the scene of Berlin’s 2016 Christmas market attack in which 11 people were killed. 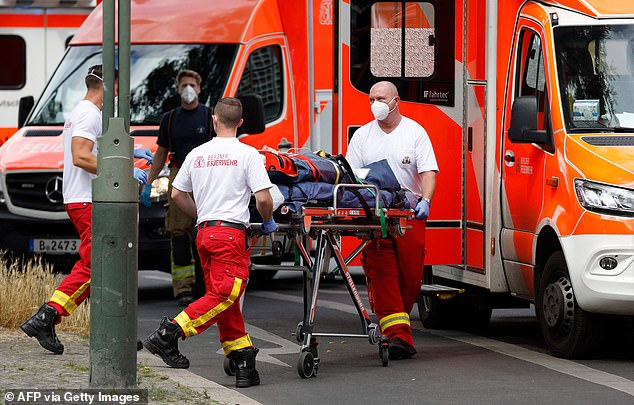 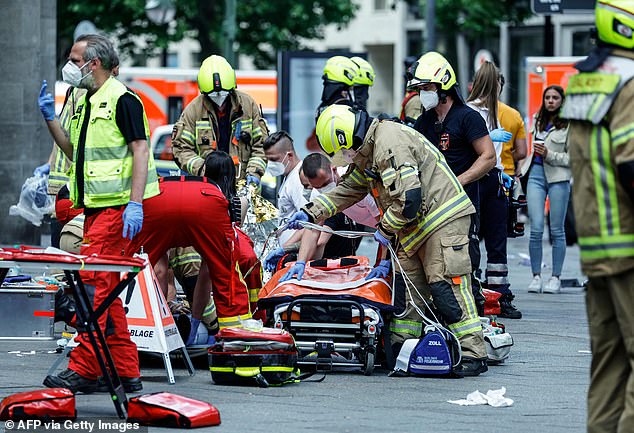 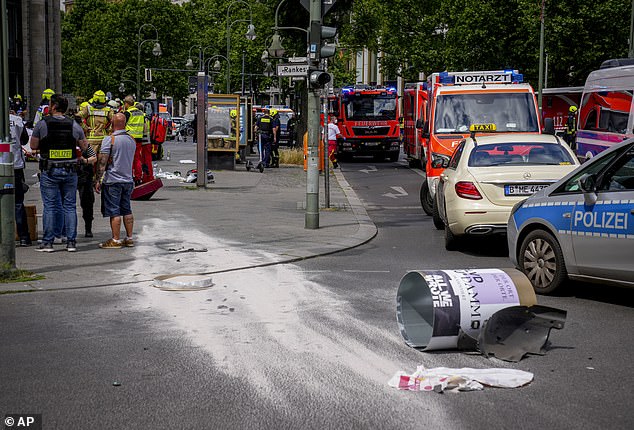 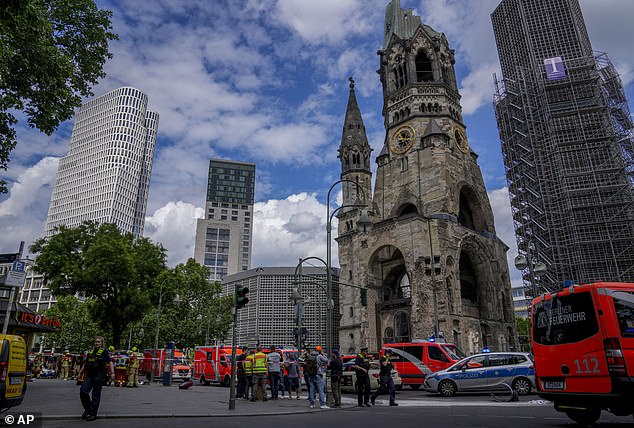