They are famously fond of making money, and the Rolling Stones are celebrating their 60th anniversary by doing just that — kicking off the UK leg of their tour with a show at Anfield Stadium in Liverpool last night before a string of sold‑out dates, culminating in performances in Hyde Park on June 25 and July 3.

And there’s more good news for their accountants: it can be revealed that the band has negotiated another giant payday. 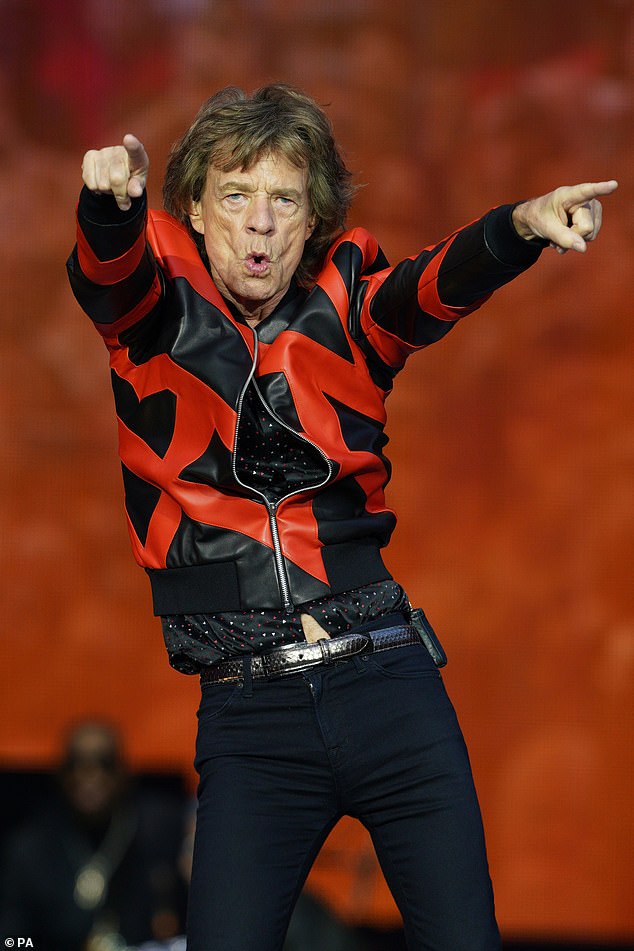 Mick Jagger and Keith Richards — the Stones’ credited songwriters — have agreed a massive deal to allow some of their songs and story to be used in a drama for the first time.

The team behind The Crown are making plans to shoot a new 16-part drama series about the band, which is as-yet untitled. It will be shown in two eight-part series by the network FX.

I’m told that the production budget has been bloated by demands from the Stones for recompense for allowing their lives and their music to feature. A pal of Jagger’s tells me that ‘around £50 million’ will go to them jointly as a result.

That’s a stunning chunk of change, but it seems that a judgment call was made by the show-runners that this was the only way the project would be worth doing. 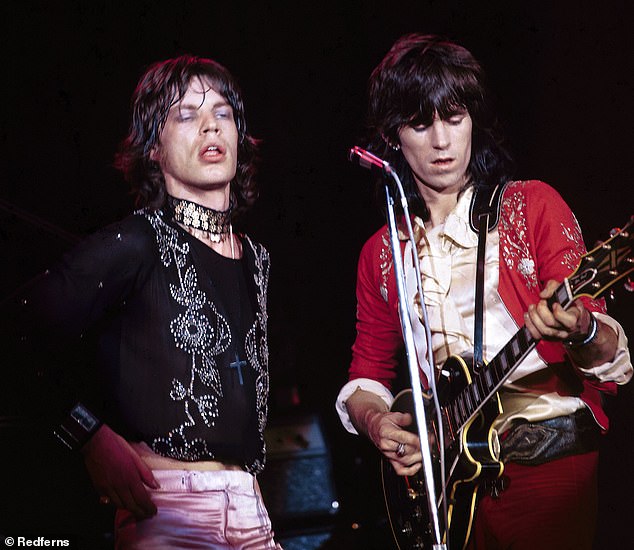 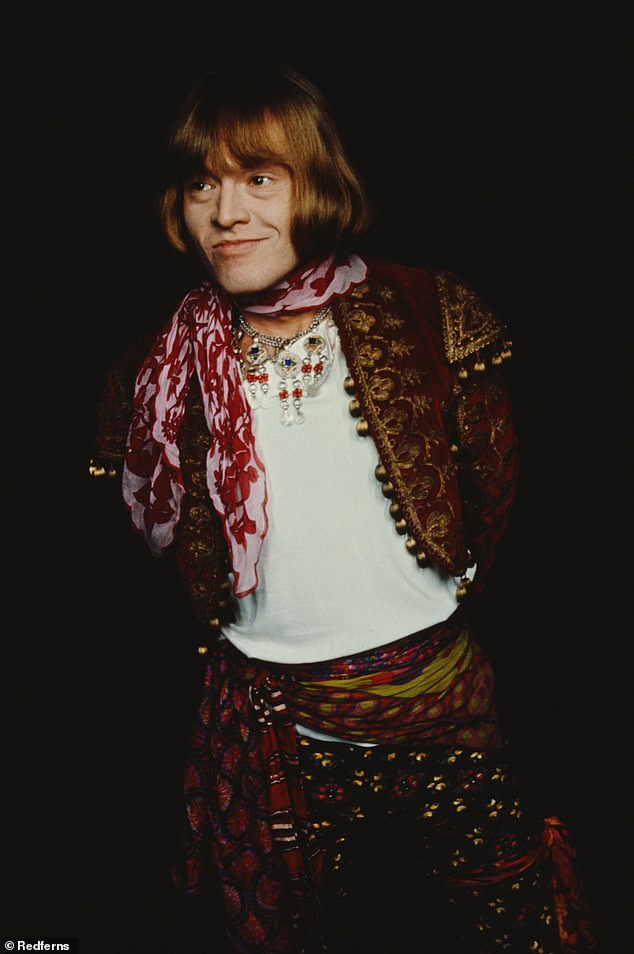 The programmes will cover the period from the Rolling Stones’ formation in 1962 until the release of the album It’s Only Rock ’n’ Roll in 1974 (before Ronnie Wood joined).

They will cover the death of Brian Jones in 1969 — the founder member and rhythm guitarist was found drowned in a swimming pool after being sacked from the band — and the eventful making of the 1972 album Exile On Main Street in the South of France, during which time Mick married Bianca and dallied with Keith’s girlfriend Anita Pallenberg, while Richards drifted into heroin addiction.

The new series is being made by British company Left Bank Pictures. Respected British author Nick Hornby was writing it, and had held meetings with Jagger, but is no longer involved. 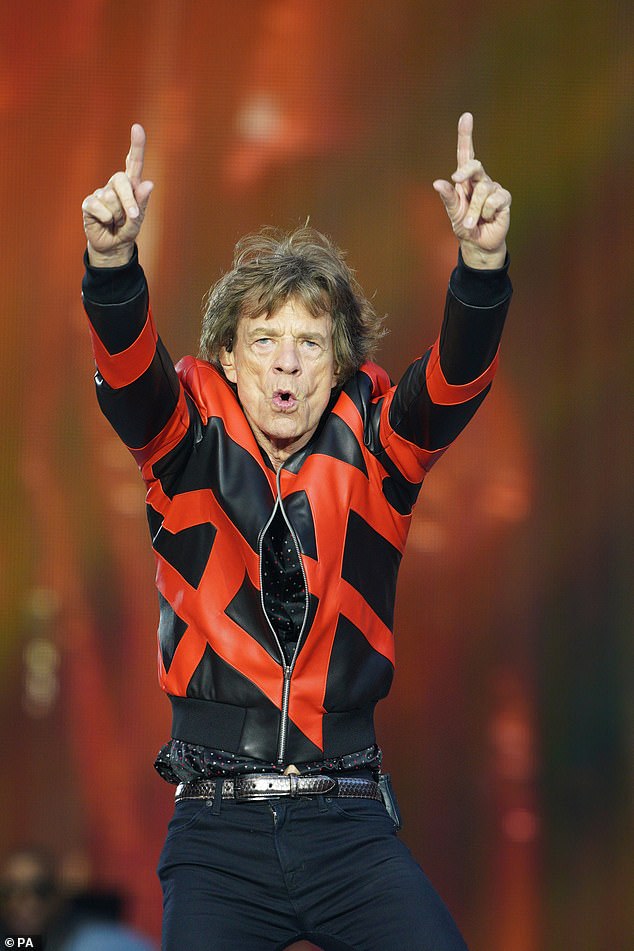 I’m told: ‘The Stones see this series as being their legacy. When they can’t tour any more, this will remain alongside the music. It’s a bit like Abba and their [digital performance] Abbatars.’

N o casting has yet been announced but the TV drama will go into production in 2024.

The Crown is one of the most expensive drama series ever produced, costing around £10 million an episode. Although the Rolling Stones series will be cheaper to make, requiring fewer built sets and fewer big-name stars, it is likely to cost about the same because of the money that has to be paid to Jagger and Richards. It won’t come close, though, to the alpha layer of super-prestige TV dramas. The Lord Of The Rings: The Rings Of Power will debut on Amazon Prime Video in September and will be the costliest drama series ever made, at a staggering £46 million per episode. Behind it is Stranger Things, which has an immense special effects budget, resulting in a price tag of £23 million per episode. The Disney+ series Moon Knight, Obi-Wan Kenobi and WandaVision work out at around £19 million per show.

In 2016 Jagger co-created the fictitious series Vinyl with his friend, director Martin Scorsese. It was about the music business in the 1970s and starred his son, James. Mick also runs Jagged Films, which makes movies and documentaries.

Earlier this year I revealed that the annual balance sheet filed by holding company Promogroup in Amsterdam suggests that the Stones paid just over £300,000 in tax on an income of £36 million.

Professor Brian Cox has fulfilled a boyhood dream by going behind the scenes at NASA for next Friday’s BBC2 documentary Seven Days On Mars — but count him out of a trip to the Red Planet. 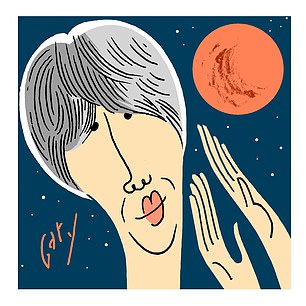 ‘I definitely wouldn’t go, even if I were asked,’ says Brian, who follows the progress of NASA’s Perseverance rover across the surface of the planet in the 90-minute special. ‘Such a trip is just about feasible now but will be the most difficult expedition in human history, with a requirement to be in space for between 18 months and two years. Not for me!’

Cox wrote to NASA in 1980, when he was 12, requesting pictures from their Voyager and Viking missions, which inspired him to become a physicist.

The conclusion of Neighbours, after 36 years on our TV screens, will certainly be the end of an era. And long-running cast member Alan Fletcher, who plays Dr Karl Kennedy, is planning to filch a souvenir from the show on the final day of filming today.

‘I’d like to have the portrait of the Kennedy children — Libby, Malcolm and Billy — painted by the character Helen Daniels, which hangs over the fireplace in the family’s sitting room, and has done for the past 28 years,’ he declared.

‘It’s a beautiful piece of art and I’d be prepared to nick it — if I can get it past the security guards at the studios in Melbourne!’

If you enjoyed Downton Abbey: A New Era and require 21 bathrooms when you next go on holiday, then you are in luck. The Belle Epoque mansion in France that featured in the film is available to rent.

With 19 bedrooms and grounds where you’ll find a swimming pool, woods and a private beach, the rental also includes a full staff: a butler, concierge, maids, valets, a chef, drivers and a boatman, who looks after a 12-passenger motorboat. There is also a five-bedroom guesthouse and a three-bedroom cottage — and the whole thing is a snip at £57,000 a week, through the rental agency In Villas Veritas.

Ocean’s Eleven is to get a vintage revival, with actress Margot Robbie (left) agreeing to star in a new heist caper which will be set in the 1960s, like the original Rat Pack movie.

Robbie, 31, has asked her British husband Tom Ackerley to produce the film. He’s also her producer on the big-budget Barbie movie, which is currently shooting in the UK, with Margot as the iconic doll. (The new Doctor Who, Ncuti Gatwa, is playing one of Barbie’s three Kens; Ryan Gosling is another.) For the as-yet-untitled Ocean’s Eleven film, Warner Bros has hired screenwriter Carrie Solomon, a young talent who was previously involved with the Legally Blonde 3 project.

The first Ocean’s Eleven reboot, starring Brad Pitt and George Clooney, was a massive hit in 2001. Ocean’s Twelve and Thirteen were less successful, and the all‑female Ocean’s Eight, with Sandra Bullock and Cate Blanchett, in 2018 was met with mixed reviews.

British actor Nicholas Pinnock — whose career has included playing Leon in Top Boy and Nelson Mandela — will be taking to the ring as Muhammad Ali in forthcoming film A God Amongst Men.

Pinnock, 48, will play Ali in the true story of the boxing legend’s four-day visit to Tyneside in 1977 (pictured above). He was invited by painter and decorator Johnny Walker, who asked for his help in raising money for a local boxing club. Walker will be played by Christopher Eccleston. 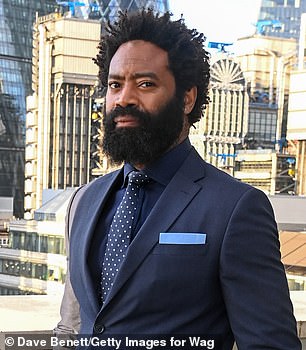 The visit, at the peak of Ali’s fame, caused a sensation, with the 35-year-old superstar touring the streets in an open-topped bus, cheered on by throngs of fans. He visited Pendower Hall special school in Newcastle and the Grainger Park Boy’s club, sparring with local children and former professionals.

He also attended South Shields Al‑Azhar Mosque with his wife to have his wedding blessed by the imam, as a crowd of 7,000 waited outside.

Ali challenged — and defeated — a darts exhibition champion at the Gypsies Green Stadium in South Shields, and received an illuminated scroll of honour from the Mayor of South Tyneside.

The boxer said at the time: ‘To think I have so many friends in South Shields. I am going to tell them in America!’

Production on the Studio Pictures film will start at the end of this summer.

Ali was world heavyweight champion at the time and was also famed for his political views. Walker, who idolised him, had travelled to America to persuade him to visit.

Ali told an audience at a banquet in Newcastle’s Mayfair Ballroom that the trip’s organising committee had sent him 14 return air tickets. ‘When I’m in a big fight, I accept air tickets and accommodation because the promoters are making a lot of money. But this is for charity, so I can’t accept all this. I am giving back the money for the tickets, and that is around £7,000. I just want to do all I can for your youngsters.’

The big-budget historical fantasy drama Britannia had it all: Druids, Romans and a stellar cast including Kelly Reilly, Ian McDiarmid, Mackenzie Crook and David Morrissey.

But it seems that the Sky Atlantic show, which charts the wars between British tribes and Roman invaders, has run out of steam after three series.

An insider said: ‘It looks as if it’s run its course. The cast need to be told officially by the end of July, but they’re not expecting more.’ The show last aired on Sky Atlantic in September 2021.

Some critics loved the programme, which was filmed in Wales and Prague and created by Jez Butterworth.

One described it as a ‘grinning Mardi Gras of gnarled mysticism, gamey dialogue and ultra-gore, with a bubbly sitcom undercurrent’ whose central conceit was that ‘1st-century Britain might simply be too stupid to conquer’.

Amy Winehouse is to be the subject of a major movie biopic — with the blessing of her family, who have given film-makers permission to use her music.

The late singer’s parents Mitch and Janis were horrified by a 2015 documentary about the singer, called simply Amy. They later released their own TV programme, Reclaiming Amy, featuring home movie footage and their recollections of their daughter. That BBC2 show went out in 2021, on the tenth anniversary of her death.

Now, leading British casting director Nina Gold is seeking an actress who can do justice to the singer in a feature-length film. Her choice will be ratified by the family, who are involved in every aspect of the process. A source said: ‘Nina’s been searching in theatre schools and drama groups, looking for someone around 20 years old who will be made into a star.’ 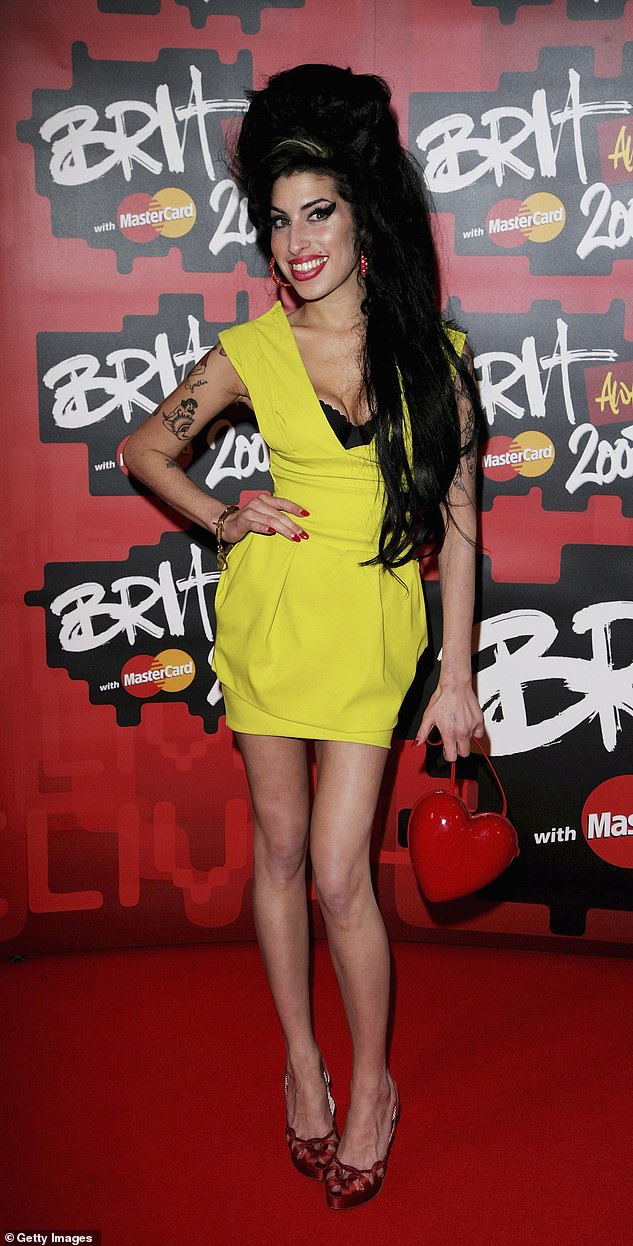 Gold will need to find someone who can not only portray Amy’s tumultuous years of eating disorders and drug addiction believably on the big screen, but also sing.

Winehouse became a global star with the release of her second album, Back To Black, in 2006, and won five awards at the Grammys in 2008. Hailed by many as the most extraordinary vocal talent of her generation, she died in July 2011, at the age of 27, of alcohol poisoning.

Gold has plenty of experience in unearthing raw talent. She propelled little-known actress Daisy Ridley to stardom as Rey in the Star Wars films and also discovered Maisie Williams and Sophie Turner for Game Of Thrones.

Gold, who also cast Colin Firth as King George VI in The King’s Speech, explained that finding the right person to portray a real figure can be challenging. ‘You do need to make a decent stab at making them a bit similar to the real person,’ she said. ‘It can be quite a lot to do with capturing the essence rather than a lookalike approach.

‘Colin Firth looks nothing like the real Bertie and is much taller and was older than he was supposed to be. But he was so brilliant that one doesn’t even think about that, and he certainly made the role his own.’